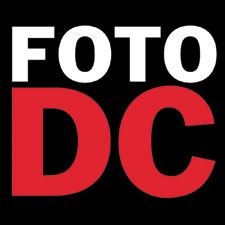 Washington, DC—The 8th annual FotoWeekDC 2015 Festival will take place from November 7–15, 2015, launching with a kickoff party on November 6. The citywide event will bring a lineup of diverse exhibitions, events, projections, innovative installations, film screenings and lectures to DC for 10 days. FotoWeekCentral exhibitions and events will be on view 10 a.m. to 6 p.m. on weekends and 10 a.m. to 8 p.m. on weekdays.

FotoWeekCentral, at the former residence of the Spanish ambassadors, 2801 16th Street NW, will feature the festival’s anchor exhibition, Aperture: Photographs. The exhibition follows the evolution of the Aperture Foundation through photographs from its print and fundraising programs made over 50 years. In the process, it charts the evolution of photography. Attendees included Minor White, who became founding editor and publisher, along with cofounders Ansel Adams, Dorothea Lange and the historians/curators Beaumont and Nancy Newhall.

The FotoWeekDC 2015 Festival will be headlined by the following events, with more to be announced: a panel discussion at the National Gallery of Art with photographer Myra Greene; opening weekend of Photo Ark, an exhibit at the National Geographic Museum featuring work by photographer Joel Sartore; and nighttime projections at the U.S. Holocaust Memorial Museum, November 9–12, with photo projections of religious and ethnic minorities persecuted in Iraq.

In addition, the FotoWeekDC photography contest winners’ exhibition, on view at FotoWeekCentral, presents selections from three categories: Fine Art, Photojournalism and Photographer’s Choice. Juried by top photography experts, the competition is currently open and the submission deadline is October 9.

Plus, for the second year, FotoFilm explores the intersection of photography and the moving image. The series will highlight the power of film and video as they relate to contemporary photography.

FotoWeekDC partner highlights include Photo Ark, November 5, 2015 through April 11, 2016, a multiyear National Geographic project with a goal to create portraits of the world’s species before they disappear. It will be presented by Joel Sartore—a photographer, speaker, author, teacher, conservationist, 24-year contributor to National Geographic magazine and a National Geographic Fellow.

Another National Geographic event is It’s What I Do: A Photographer’s Life of Love and War, with photojournalist Lynsey Addario, November 11, 7:30 p.m. Addario tells what it’s like to work in hot spots such as Afghanistan and Libya.

Additionally, concurrent events will be held by the Smithsonian American Art Museum; Newseum, which will unveil the exhibit 40 Chances: Finding Hope in a Hungry World—The Photography of Howard G. Buffett; and George Washington’s Mount Vernon, offering FotoWeek DC visitors a chance to see the estate as it appeared during the mid-19th century through a special photography exhibition presented as 3D anaglyphs. fotodc.org/2015