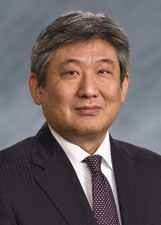 Having joined Fujifilm in Japan in 1981 after graduating from Waseda University in Tokyo, Miyazaki held several key positions in international sales and marketing. Initially working in International Marketing in Tokyo, he joined the sales and marketing organization in the UK in 1989, and in 1998 he returned to Tokyo as manager, responsible for codeveloping projects for the worldwide Recording Media division. In 2001 he moved to Germany and was elevated to the position of general manager, overseeing all European sales and marketing.

“During the past several years as my role expanded here in North America, I have had the opportunity to work with a growing number of Fujifilm associates and customers throughout the U.S. and Canada,” said Miyazaki. “I look forward to further developing these relationships in my new position, and effectively managing our company’s vision and corporate perspective on key issues, as our company continues to evolve.”

Miyazaki’s appointment was among several new appointments and promotions at Fujifilm, including the following.

Judy Melillo was promoted to vice president, general counsel and secretary for Fujifilm Holdings America Corporation. Previously associate general counsel, Melillo succeeds Shigeru Sano who had this position for the past three and a half years. fujifilmusa.com