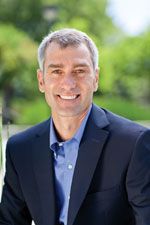 Palo Alto, CA—HP announced that Bill Veghte was appointed the company’s new chief strategy officer. In addition to these responsibilities, Veghte will continue in his current role as executive vice president of HP Software.

As chief strategy officer, Veghte will be responsible for keeping HP on the cutting edge of innovation. He will work with HP’s senior business and technology leaders to help define the IT industry’s future and make certain HP continues to lead the way. In addition to helping drive strategy for the company as a whole, Veghte will also lead HP’s cloud and webOS open source initiatives.

Veghte’s new role reaffirms HP’s commitment to providing customers with the latest platforms, products and services needed for success in a rapidly changing world. “Every 10 to 15 years, fundamental shifts occur in the IT industry that redefine how technology is delivered,” said Meg Whitman, HP president and chief executive officer. “From mainframes to client/server to the Internet, companies that identified the opportunity first and developed the right strategy came out on top. As we move forward, HP intends to stay on top, and I believe Bill has the knowledge and vision to keep us there.”

Veghte joined HP in 2010. In the most recent fiscal year, he grew HP’s software business by 18%. Prior to HP, he spent two decades at Microsoft in a variety of senior leadership positions. Most recently, he managed the company’s $15 billion global Windows business and was instrumental in the delivery and launch of Windows 7. hp.com