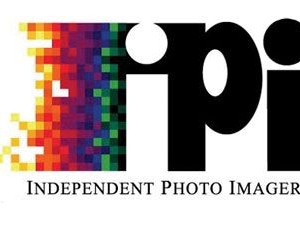 Henderson, NV—The board of directors of the Independent Photo Imagers (IPI), a trade association of 600 independent imaging and photo retailers, selected Ron Mohney as its new executive director.

Mohney, who previously served as both director of Member Services and Supplying Partner operations for IPI since 2010, takes the helm from former director Brent Bowyer, who resigned to pursue other opportunities.

“The board wishes to thank Brent for his many years of dedicated service, and we wish him well in his new pursuits,” said Larry Steiner, chairman of IPI’s board of directors. “We are very confident that IPI’s exceptional staff has the vision, passion and determination to execute at the high level our members expect as IPI builds on and extends our past successes.”

As the former director of the Member Services projects that IPI undertakes, Mohney was very hands on as project manager, from development and design through implementation and execution in assisting members in growing their sales and increasing their profit. Mohney also worked with IPI supplying partners to generate the most value for IPI members as a result of annual supplying partner agreements.

In addition, IPI announced the continued assistance of current board member Neil Hoversten beyond the expiration of his term at the end of May 2014 as IPI’s Key Supply Partner Advocate. While Hoversten cannot serve as a voting board member after reaching the mandatory six-year term limit, he has agreed to continue to assist and advise the board and staff in this role. Hoversten remains chairman of the Key Supplying Partner Committee and will serve on other future committees.

“Having had a sneak peek at revolutionary program additions that will be announced at our upcoming annual conference, IPIC, I am excited about the coming innovations that the entire IPI team is developing for the membership. Keeping experience on board while extending member services refreshes and expands our enthusiasm for the IPI mission,” added Steiner. “Congratulations to Neil Hoversten and Ron Mohney in their new roles serving the IPI membership.” ipiphoto.com