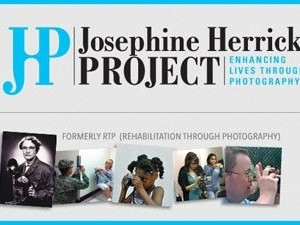 “Matt Sweetwood’s strong leadership as vice president of JHP made him the logical person to become our president and to lead us into a benchmark year, our 75th anniversary,” said Jackie Augustine, outgoing president of JHP. “Matt has played a significant role in the organization, from creating partnerships with major camera companies and securing both cash and camera donations and giving JHP national exposure in multimedia. His creative and occasionally unorthodox style is exactly what the organization needed to push us forward to the next level.”

Matt Sweetwood was president of Unique Photo, a state-of-the-art camera store in New Jersey for 30 years. He has been credited with “the reinvention of the successful modern camera store,” which includes Unique Photo’s in-store education program—Unique University. Sweetwood has been a regular contributor on national TV as a photography expert and currently is a business and marketing consultant to the photo industry.

Russell Pomeranz brings 25 years of experience leading the finance and administration of nonprofit organizations with missions related to social services, education, the arts and think tanks. Most recently, Pomeranz started his own consulting firm, the Claverack Advisory Group.

“I am honored to be selected by my fellow board members as the next president of the Josephine Herrick Project,” stated Matt Sweetwood. “I will do my best to work tirelessly to push forward JHP with dedication as our distinguished past presidents have. For over seven decades JHP has helped underserved communities and individuals in need through the communicative power of photography. I am grateful to have the opportunity to serve with our new and highly talented executive committee as well as staff volunteers and program participants. I look forward to continued growth and success for JHP through our 75th anniversary and beyond.”

Maureen McNeil, executive director, added: “Thank you to outgoing president, Jackie Augustine, for your years of service. Congratulations to the new executive team! We have a fantastic opportunity to celebrate our founder, Josephine Herrick, who remains a role model today, and in telling her story expand our mission to national audiences in our 75th year. I am looking forward to the teamwork ahead.”

McNeil invited industry members to join JHP in celebrating its new president and newly elected board when it hosts its annual Benefit Party and Photography Auction on Monday, October 19, 2015 at Affirmation Arts in New York City. “You will have the chance to mix and mingle with legendary photographers, photographers who give back, industry leaders and passionate volunteers, plus enjoy the most exciting part of bidding on original prints from Douglas Kirkland, Man Ray, Robert Farber and other legendary photographers,” she added.

The Josephine Herrick Project is a nonprofit that enlists photographic community volunteers to educate students who have not had the opportunity to learn the communicative power of photography. Through partnerships with local organizations, JHP’s completely free programs inspire veterans, children, teens, adults and seniors with the visual language of photography, enhancing their abilities to transform communities through artistic vision. jhproject.org