Rochester, NY—Eastman Kodak accepted an $830 million financing offer from a group of bondholders as it strategizes to emerge from bankruptcy by the first half of 2013. The loan would replace a financing package worth $793 million announced earlier this month. The financing is contingent on Kodak’s ability to successfully sell its digital imaging patents for at least $500 million, according to Reuters. The package needs to be approved by Judge Allan Gropper in U.S. Bankruptcy Court in Manhattan.

“The improved financing commitment provides a longer maturity, lower fees and pricing, and greater liquidity than our previously announced commitment,” said Antonio Perez, Kodak’s CEO, in a statement. “This is a vote of confidence in the future of our company.” kodak.com 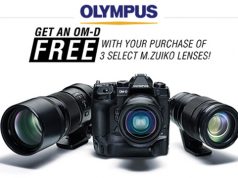