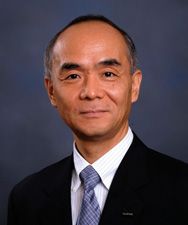 “As president of Fujifilm North America Corporation, I am responsible for our shared success, and I am committed to overcoming a changing market and delivering positive results for our business and customers,” said Yamamoto. “Together, we will work to develop new strategies that take advantage of the opportunities that will bring Fujifilm to the next level. And, as we celebrate 50 years of Fujifilm in the United States, I look forward to meeting challenges, reaching new customers and creating new value in the market.”

Yamamoto joined Fujifilm in Japan in 1986 after graduating from Waseda University and spent 12 years in the United States in various positions within Fujifilm. During that time, Yamamoto studied at the Massachusetts Institute of Technology and received an MBA in 1996. In 2000, he was assigned to Fuji Photo Film USA as the senior assistant to the president, responsible for the Imaging Products Division. Yamamoto held positions of increasing responsibility and, in 2008, was appointed the division president of Imaging. For the next two years, he worked with the entire Fujifilm team to guide the business through the digitalization of the photographic industry in the United States.

Yamamoto returned to Japan in 2010 and had the opportunity to lead the global imaging business. Two years later he was appointed general manager of the Photo Imaging Products Division, Fujifilm Corporation, where he helped improve top-line sales and increase the company’s profitability in a challenging market. fujifilmusa.com