Mark Zuckerberg, founder of that behemoth known as Facebook, decided last month that Instagram, a photo app that has “zero” revenue on its books, was worth $1 billion. Now keep in mind that Facebook is not exactly rolling in dough yet either, but with a market cap projected at $80-90 billion, they also have a lot of Monopoly money to play with.

Let’s put this in perspective for a moment. Fujifilm, around since the 1930s, has a market cap of around $13 billion; Nikon is at around $11 billion, while Kodak, which is practically on life support, is down to around $150 million. And Instagram was only a mobile app “idea” just over two years ago.

So, what’s the point here? It’s clear that photography is not dead. In fact it’s becoming so valuable that Facebook and Google were fighting over Instagram, driving the fake value up so high that it made real millionaires out of a couple of living, breathing twenty-somethings.

A new generation is becoming so enthralled with taking and sharing images that photography (and phonography) is becoming a favorite hobby again. It’s up to us to transfer that passion into real dollars by creating new opportunities for “sharers” to become “shooters, printers and savers.”

The difference between Instagram and most of you is that you have real products, real storefronts and real credit card machines. What you may need is an incentive to create new ideas and the intelligence to listen to a new generation of customers.

Is a billion dollars enough of an incentive? 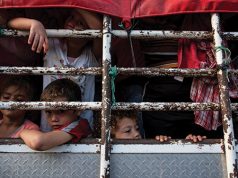