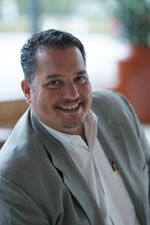 “Appointing Mike to this role is another way PMA is fulfilling its new mission statement, which is to ‘promote the growth of the imaging industry,’ ” said Allen Showalter, PMA president. “PMA is actively seeking new avenues to provide the support and opportunities needed to help the imaging industry thrive and grow, now and in the future. The voices of photo and imaging manufacturers are critically important to achieving this goal—and PMA is listening to them. We are excited to be working with Mike to make a direct connection between the PMA board and photo manufacturers.”

Kahn is also vice president of the PhotoImaging Manufacturers and Distributors Association (PMDA) and is on the board of directors for CEA’s Digital Imaging Group. He is a 22-year veteran of the consumer electronics industry and has been with Sony for 16 years. In his current role as director of the Alpha Camera Systems division at Sony, Kahn is responsible for all aspects of the business unit, including sales, marketing and product development for the U.S. marketplace.

“I am thrilled to join the PMA board and supply a needed point of view from the photo and imaging manufactures. I am looking forward to helping the PMA board expand imaging sales across all channels,” Kahn said. pmai.org