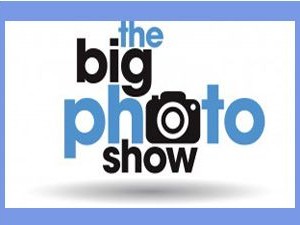 Show attendees were able to discover, try and purchase the coolest new equipment and tools from top imaging manufacturers and retailers; learn from some of the country’s best professional photographers/educators; take part in live model shoots in several photo shooting zones; and explore creative new ways to frame and display their images.

“We are thrilled that more than 16,100 people attended The Big Photo Show—a number that does not include exhibitors or staff. That’s 16,184 of the most passionate photography consumers in Southern California, who came to The Big Photo Show and experienced the fantastic event we put together for them,” said Allen Showalter, PMA president. “Looking at the trade show floor, we could see nothing but booths crowded with eager buyers, standing-room-only education sessions and packed photo shooting areas. The remarkable success of this, our inaugural event, speaks to the high-caliber exhibitors, programming and opportunities offered at The Big Photo Show.”

Attendee Thomas Cuadras, who describes himself as a “newbie hobbyist” photographer, said he came to the event because, “I wanted to see what The Big Photo Show was all about and attend the workshops. I’m a Pentaxian, but I wanted to swing by the Sony booth and check out the NEX 6 and NEX 7 cameras, their new stuff that I’ve been wondering about. I’ve never used Sony cameras before, but I’d like to. My camera has a Sony sensor, so it makes me curious to see what they have. Sony would be a good system to buy into.”

David Metz of Sigma, an exhibitor at The Big Photo Show, commented, “This is a great show and we’re very pleased to be here. I have been really, really surprised by the turnout of the crowd. We absolutely are seeing a lot of interest from people who will be first-time Sigma customers. There are a lot people here who are new to photography. They are aware of the Canon name or Nikon name or Sony name, but they don’t know who Sigma is. They have come to the Sigma booth asking, ‘Can I get a Sigma lens for my Canon or Nikon camera?’ For us, in terms of brand identification, this is really powerful. When they ask us that question, we send them right over to the booths of our retailers who are here—Samy’s Camera and Paul’s Photo—to make those purchases, so they are able to leave the show with a Sigma lens in their bag. We want to be back at The Big Photo Show, in a bigger and better way, when it’s here again in LA next year.”

Mark Comon of Paul’s Photo added, “Our booth has been going mad all day. I can’t believe how many people we’ve seen here at our booth. The Big Photo Show is rocking, like I knew it would. Our booth is full, and there’s not a lot of stuff left on the hooks. We have to go back tonight and get more products to sell tomorrow. My staff is going crazy.”

The Big Photo Show, which will return to Los Angeles in spring 2014, is a series of photography events for the millions and millions of U.S. consumers who consider themselves photo enthusiasts. The event features exhibits from imaging suppliers, retailers and service providers, as well as an array of educational opportunities for attendees offered by professional photographers, framers and other experts. For more information, contact Jeff Frazine at jfrazine@pmai.org.