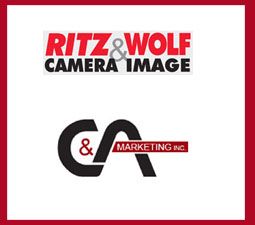 According to court records, U.S. Bankruptcy Judge Kevin Gross in Wilmington, Delaware, approved a plan wherein most of the Beltsville, Maryland-based company’s assets will be turned over to liquidation specialists Gordon Brothers Retail Partners LLC and Hilco Merchant Resources LLC, the high bidders at the auction.

C&A Marketing is a veteran in the imaging space, having over 20 years of experience in wholesale distribution, sourcing and retail operations. As the Polaroid licensee for instant digital imaging products, IP, sports action cameras and accessories, C&A already plays a role in the resurgence of one iconic American imaging brand.

“Ritz Camera has been a respected name in the camera industry for almost a century,” said Harry Klein, co-owner and CFO of C&A Marketing. “In today’s marketplace, it is essential for retailers to strike the right balance with their brick-and-mortar and online retail presence. This is particularly true in the imaging channel, as consultative sales and interaction are essential to the customer experience. The Ritz brand has long been synonymous with the type of service and customer-centric approach that is too often missing from the retail landscape. We plan to uphold that proud tradition, while updating the retail mix to reflect current market dynamics.”

C&A plans to keep five to seven of the photo-imaging retailer’s flagship stores open across the country, along with the RitzPix business. With a full-size lab in Hapeville, Georgia, RitzPix is a major online imaging business that can do anything from standard prints and photo restoration to large size printing, medium-format film processing and custom photo books and other creative photo print products.

Along with the Ritz Camera name, C&A will also maintain additional retailers Camera World, Wolf Camera, Photo Alley, Kits Cameras and The Camera Shop, all of which had been acquired by Ritz over the years.

Family-owned Ritz Camera Centers, the predecessor to Ritz Camera & Image, was founded as a portrait studio in 1918 by Benjamin Ritz in the Ritz Hotel in Atlantic City, New Jersey. In 1936, Edward Ritz and his brother Benjamin expanded the company, opening the first Ritz film-processing lab in Washington, DC.

Ritz was the first chain photofinisher to offer 4×6 prints and free bordered prints as standard. As Ritz expanded from that one location in Atlantic City, the firm reached out to nearby states, particularly Maryland, where a flagship Baltimore store was added in the 1930s. As stores were added, so were services and retail goods; the stores became one-stop shops for all photographic needs. Following an aggressive expansion strategy by Ed’s son, David Ritz, the retailer became the nation’s largest photo-specialty chain with more than 1,000 stores in 47 states and the District of Columbia.

However, another victim of the digital revolution and the popularity of price competitive e-tailers, the company faltered and saw profits decline and debts rise to more than $60 million by 2009, when it filed for bankruptcy protection for the first time. ritzcameraandimage.com