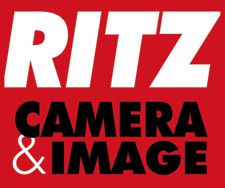 Sales at Ritz Camera were up more than 20% in May, but that was not enough to support operations, said Marc Weinsweig, the company’s chief restructuring officer, adding that the retailer “has lacked sufficient capital since exiting bankruptcy protection in late 2009,” even following a Transcom Capital investment of $8 million in September.

“With the overhead we had, we had to exit the less profitable stores,” Weinsweig said, and Ritz tried to terminate leases earlier, negotiating a payment to the landlord. “It just didn’t work. So we decided to file.”

As a part of the restructuring, the company, with 265 stores in 34 states, will close 128 locations and cut its staff of 2,000 by 50%. Ten locations in Maryland will close, along with four stores in Virginia.

According to the bankruptcy filing, the company said it had between $50 million and $100 million in liabilities and assets. Its largest unsecured creditors include Sony Corp. of America, Fujifilm North America and Nikon.

Stephen LaMastra, CEO of Ritz Camera, resigned his post, with Weinsweig now the interim CEO “as the company is being shopped around,” reported the Post. Weinsweig said Ritz Camera plans to go up for auction in September.

Family-owned Ritz Camera Centers, the predecessor to Ritz Camera & Image, was founded as a portrait studio in 1918 by Benjamin Ritz, in the Ritz Hotel in Atlantic City, New Jersey. In 1936, Edward Ritz and his brother Benjamin expanded the company and opened the first Ritz film-processing lab in Washington, DC—introducing a concept that had plenty of growth potential.

Ritz Camera was the first chain photofinisher to offer 4×6 prints from 35mm film, as well as free bordered prints as standard. As Ritz Camera Centers expanded from that one location in Atlantic City, the firm reached out to nearby states, particularly Maryland, where a flagship Baltimore store was added in the 1930s. As stores were added, so were services and retail goods. Not just a place to have a photo taken or have a photo developed, the stores became one-stop shops for all photographic needs. Following an aggressive expansion strategy by Ed’s son, David Ritz, Ritz Camera became the nation’s largest photo-specialty chain with more than 1,000 stores in 47 states and the District of Columbia.

However, another victim of the digital revolution and the popularity of price competitive online e-tailers, the company faltered and saw profits decline and debts rise to more than $60 million by 2009.