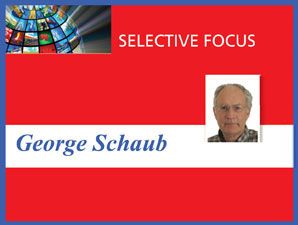 The announcement of the 41MP Nokia Lumia 1020 cameraphone seems to have been met with some excitement, and considerable consternation, within the photo industry and beyond. Were the upstarts now going after the middle range camera market after they ate away at the more humble and vulnerable point and shoots? Were consumers going to give up conventional cameras now that such hinted-at high res was going to come out of a camphone? Goodness, even some medium-format backs might be in danger! If it’s 41MP, does that mean that snappers would be getting 123MB files to upload to social media sites?

Well, like the way the first blush of higher megapixel digicams started the camera megapixel horse race, Nokia and their ilk have exhumed the old saw and are boasting of a 41MP cameraphone. And reading through the various and busy and dizzy chatrooms on the web, everyone is aflutter. One problem, though: Frenetic bloggers and their followers and even Nokia is talking in terms of megapixels (MP) and not output in megabytes (MB), where the rubber really meets the road, and where the supposed implications of their claims get a bit shaky.

Just a bit of math. To get the real output of a digital camera, say if you want to make prints or send an image to an associate or friend, you multiply the megapixel count by three, that is, by the RGB components, and you get the effective image size output in megabytes. That’s theoretically the case. The truth of the matter is that most sensors are rated with a nominal resolution based on pixel sites, but few if any deliver that stated resolution, and sometimes deliver quite a bit less.

But a peak under the cover reveals something quite different here. Turns out that while there may indeed be 41MP in terms of photo sites on the small sensor, the resultant output file size at the highest resolution from the Lumia 1020 is around 15MB, at most—the equivalent output of a 5MP camera. And that’s the larger size, one that can be accessed if desired, although I suspect the vast majority would opt for the concomitantly recorded 5MP setting, although that delivers a 3MB file that’s equivalent to a 1MP camera. This size is eminently more portable and “shareable,” given the usual destination of camphone snaps.

So what’s going on? It’s another case of digital double-talk. As mentioned, the small sensor may indeed have the stated 41MP sites, but image processing and such, and there is a considerable degree of that, boils it down to 15MB, and sometimes less. It’s called “oversampling,” and essentially it means getting information for the image from numerous sites on the sensor and then combining them for a better image result. The resultant images are not bad from a camphone perspective, admittedly, but pixel cramming still has its drawbacks. That’s why the camera industry, which now knows better, backed off from offering 24MP in pocketable (and small sensor) cameras. Turns out you can’t fool Mother Nature, and cramming that many pixels on a relatively small chip has its consequences, despite the Zeus-like intervention of massive image massaging they undergo.

Those who have shot with the camphone report edge softness, with stated “10%” of each side of the frame being affected. Others see the heavy hand of zealous processing when the images are enlarged, while others scoff at digital zoom (the only zoom the 1020 offers), although again oversampling and all that processing ameliorates the associated losses somewhat.

The whining of “pixel peepers” you say? Perhaps, but when a camera or camphone maker blares on about 41MP there is some criteria that must be established and some expectations that must be met. But that 41MP tout is all you hear, and that’s what scares the bejeezus out of some camera makers. Well, the megapixel Frankenstein the industry first created is back in the castle.

In fact, some camera makers, Panasonic among them, have recently said they are getting out of the smartphone business, although I think this is more a prudent business decision than throwing in the hat because of Nokia’s new product. On the other hand, some other camera makers have said they might consider getting in. It’s a tumult all right, and heaven help those who come in too late and too fast for their own good.

But I am not here to bury camphones—neither will I praise them. I admit to having shot my share of such snaps, like when I wanted to show family back in the States the spread at a Chinese restaurant in Hong Kong or when I want to show prospective buyers at the thrift shop some old furniture I want to sell. I don’t need a real live camera for those pictures, and using my iPhone I can snap and send around the world with relative ease. For me, unsocial as I am to social media, they are highly utilitarian products and I’m glad they exist.

The past reaction to this burgeoning market from camera companies has been to add “connectivity” to almost all their new models. Frankly, I have found that most cameras with Wi-Fi, etc., are overcomplicated. And shooting with a real live camera and then having to transfer images to a phone to “connect” is somewhat inane, especially when the camphone does that with such ease. It is admittedly useful for some folks, but the gymnastics some makers had and still put us through for that “convenience” are just too complicated and seem to be Band-Aids attempting to stop the bleeding in the point-and-shoot ranks.

My advice to the industry is to cool your jets. Yes, there are still many who will stick with their real live cameras for better image quality and occasionally make use of the camera’s connectivity, but it ain’t why they’re buying the camera. Make connectivity available if folks want it, but don’t think you’re going to beat the cameraphone folks at their own game. The whole social media mélange and the clever if devious marketing of the camphone folks are like snowballs rolling down a hill. The image is omnipresent, and billions are made every day. The fact that some lines may be lost to those image interlopers is something we might not be able to do much about.

In some ways, the game is over. All those low-end lines made for the big-box stores have and will continue to be challenged by the cameraphone market, but all I can say is that when you live by the CE sword you might also die by it. But brand remains important; image quality remains important; and lens quality remains a key element in delivering photographic excellence. And yes, sensible sensor sizes that fit the lens and camera at hand.

When you have a world where functional imaging is just about “good enough” for what many folks want and accept these days, the cameraphone is the prime delivery vehicle for the tonnage the sharing sites require.

It’s just a fact of life that they are convenient, utilitarian and add many attractive features that make them quite useful in modern life. Hey, and they just might interest some folks enough in photography to one day look for a real camera—now that’s a “step-up” selling point that we can all understand.

For now, I am afraid that the camphone is where it’s at for folks who want to share their images online that their family, friends and the NSA can enjoy.

Editor’s Note: The Best of the Best