Home Marketing Sony Reported to Be in Final Talks to Buy 10% Stake in... 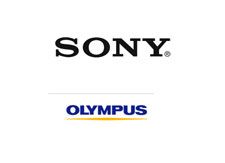 Tokyo, Japan—Following months of rumors regarding potential investors for financially beleaguered Olympus Corp., it’s now reported that Sony is in the final stages of talks to invest $624 million to obtain roughly 10% of Olympus, according to Japan’s Nikkei newspaper.

Sony and Olympus, reports Nikkei, will reach a definitive agreement by the end of July. Panasonic Corp., which had earlier been in the mix, was said to have withdrawn its offer in Olympus.

Olympus Corp.’s woes began in 2011 after it fired its Brit CEO Michael Woodford, who publicly announced the company had been engaged in a long-term accounting fraud and cover up. The company’s capital quickly declined by more than 50% after its board was pressured into admitting to the 13-year fraud.

Olympus president Hiroyuki Sasa was reported by Nikkei to be “considering offers from Sony, Panasonic, Terumo Corp. and Fujifilm Holdings Corp. to raise about 50 billion yen in capital,” and according to Nikkei, last week he said the company hasn’t narrowed down the candidates.