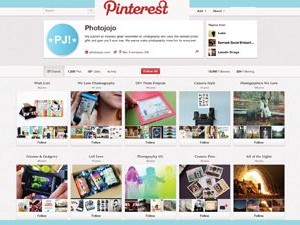 Okay, so you’ve certainly heard all about Pinterest by now, the two-year-old digital corkboard where users have been “pinning” images and videos they find on the web to themed pages called pinboards. Other users can then repin images to their own boards, give it a “like,” or add a comment . . . and so it has gone since 2010.

Perhaps you’re telling yourself that you’re already using social media with a Facebook page and Twitter account, so you feel you’re covered on that front as far as using social networks as a marketing vehicle.

That’s all well and good, but you might want to take another look at Pinterest, as the site’s popularity is beginning to explode and the focus is on “things” rather than people. Pinterest’s traffic increased more than fourfold between late last year and early this year, bringing in close to 8 million unique visitors in December 2011 alone, according to online traffic data collectors comScore.

Another point of data worth noting is the fact that the amount of traffic Pinterest sends elsewhere has risen accordingly as well—a huge key in the social-media-as-retail-marketing-engine game.

The site’s decision a while back to add a built-in “gift” feature for product promotion, complete with price tags, certainly caught the attention of more than a few retailers as well.

The brain trust at Facebook, always ready for a good fight, recently began testing different versions of its “Like” button—including buttons labeled “Want” and “Collect”—that connect users directly to retailers. Items added via these buttons show up on a grid of pictures on users’ profiles. When Facebook starts maneuvering to keep pace with anything, it’s a watershed moment for that entity for sure.

Whether or not all this slightly underhanded marketing mayhem eventually begins turning the social media populous off remains to be seen, but it’s most definitely game on with regard to retailers jumping in feet first.

What’s also of note here for retailers is that it’s apparent consumers are now using social media as much to talk about products as they once did to talk about themselves.

“That’s the shift we’re seeing in this world over the last year, and Pinterest really jump-started this,” began retail trend analyst Seth Green. “People that aren’t posting about what their kids just did or where they just visited are now posting about something they just bought or want to purchase.”

The Photo Play
Further proof of the site’s power of persuasion comes from the strong interest pro photographers are now showing in Pinterest. The folks at Palo Alto, California-based DigiLabs Pro tell us the site now features a wide assortment of wedding boards that users can follow. They claim brides-to-be find that Pinterest is an invaluable tool that allows them to hunt for and keep track of great wedding ideas. Women are able to visually organize every facet of their wedding on Pinterest and devote their attention to using Pinterest as an overall reference for dresses, shoes, photographers, bakeries, rings and gifts.

Need further proof of the furor Pinterest is causing in the wedding category? How about a quick look at the numbers attached to some of the more popular wedding boards: DIY Wedding, 2,434,578 followers; and Wedding Gifts, 2,434,831 followers. Can’t imagine most imaging retailers aren’t interested in the extremely photo-centric wedding category and perhaps tapping into this with some of their relevant product offerings . . . no?

The photo merchandise angle everyone in the imaging world is playing to these days is a great fit as well, according to Pinterest fanatic and former retail marketer Lauren Sosik. “All manner of crafting has become very popular on Pinterest, but as you might imagine, lots of users feel they lack any kind of creative ability yet they desire to purchase finished products, posting wants from Pinterest. Seems to me there are a ton of photo items that retailers offer today that speak to this trend very specifically.”

Yet another Pinterest trend that would seem to have imaging retailer interests squarely in the crosshairs is the fact that 68.2% of all users on Pinterest are female. It is also estimated that women spend more time pinning on Pinterest than they do hanging out on Facebook.

Pinterest also just announced that it is now rolling out a new feature that lets users create “secret boards” they can make private or share by invitation. According to the company, users are now able to create up to three secret boards, and will have the option to make them public at any time. But they will not be able to make any of their current boards private, because other members on the network may have already repinned information from those displays.

A Little Pinning Advice
While there’s lots of buzz on the web over exactly how retailers should handle the marketing firecracker that is Pinterest, we’ve culled a little advice from a wide variety of sources that should help you cut through some of the clutter.
• Pin a wide variety of the offerings in the photo space today, not just your own.
• Do not pin every item you sell, and switch that up frequently.
• Seeing as the site is ultimately all about images, be very visually appealing with your product/service photography.
• Choose inspiring names and topics for your boards rather than things that sound like a product inventory.
• Also, frequently post your Pinterest content to Facebook, Twitter, LinkedIn and Google+ streams.
• Captioning pins is underutilized on Pinterest, but many experts think adding them are key to showing up in Pinterest searches.
• Make sure your images link directly to a page where the viewer can purchase the item.
• The best way to generate significant repins, a major key to success on Pinterest, is by always pinning quality, original content—not by frequently pinning low interest items.
• To avoid looking like a pushy marketer, be sure to pin other site’s content, as well as “liking” and commenting on other pins—particularly ones that are related to photography in some way.

Several retail channels such as jewelry, home décor and fashion, in general, have had early success selling items via Pinterest, so taking a closer look at how each of these categories have maneuvered here on the marketing front is a good idea as well.