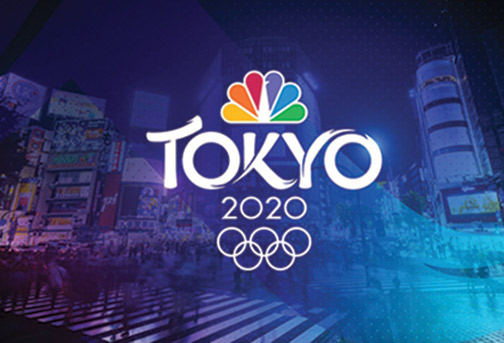 Stamford, CT—NBC Olympics, a division of the NBC Sports Group, selected Sony Electronics and Canon USA to provide equipment for its production of the Games of the XXXII Olympiad. The event takes place in Tokyo, Japan, July 23 to August 8, 2021.

NBC Olympics’ crews will use nearly 100 Sony cameras to capture footage at event venues. They will also record athlete interviews, press conferences and other assignments that require studio and portable recording and capture.

A selection of the Sony cameras, including the HDC-3500, will be used for IP-enabled transmission; the rest will operate in SDI. The camera roster also features Sony’s HDC-5500 and HDC-3500 4K/HDR, high-frame-rate studio cameras for slow-motion replay footage. Sony XDCAM camcorders, including the PXW-Z750, PXW-Z450, PXW-X400 and PXW-Z280, will also be put into action.

In addition, NBC will use several of Sony’s production switcher models. These will comprise the flagship XVS-9000 4K/3G/HD IP-ready switcher; the XVS-8000 and XVS-6000 4K/3G/HD video switchers for IP- and SDI-based production will join the flagship. The switchers will handle feeds from each sports venue to NBC Olympics’ International Broadcast Center in Tokyo. They will also provide feeds to originate HD cable coverage across NBCUniversal’s networks and platforms.

Moreover, Sony’s Professional Services Group is deploying a network of resources to provide 24/7 support for all broadcasting equipment and operations for NBC Olympics’ coverage.

What’s more, Canon USA will provide a wide variety of 4K UHD and HD field, portable and studio lenses for production of the Games of the XXXII Olympiad. A broad array of Canon broadcast lenses will also see action. They will include the UHD-DigiSuper 90 long-zoom field lens, which provides 4K UHD imagery.

Canon’s 4K and HD lenses will be at every venue and studio in Tokyo, allowing viewers to see NBC’s presentation of all the action. In addition, Canon service technicians will be on-site in Tokyo to ensure the equipment is in peak operating condition at all times.

“With today’s multi-format camera systems, Canon has shown that it is on the forefront of providing advanced optics for today’s UHD and HDR capable cameras, which we are utilizing at the Olympic Games,” said Chip Adams, vice president, Venue Engineering, NBC Olympics.