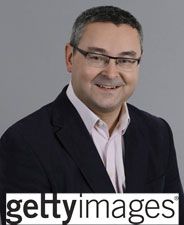 “Getty Images is recognized worldwide for being at the edge of evolution in the sports media space, and Lee is perfectly suited to lead our continued innovation and growth,” Klein said. “Lee’s leadership and expertise have been integral to Getty Images’ global success, and I am thrilled that we are enlisting his passion for sports and strategic thinking to expand the breadth and depth of our business worldwide.”

Martin will work closely with Getty Images’ Editorial division, including Adrian Murrell, senior vice president, Editorial, and Ken Mainardis, vice president, Sports Imagery and Services, to grow the company’s global Sports business. In addition, Martin will continue to serve as Getty Images’ senior vice president of Sales for Europe and Japan, overseeing all aspects of sales operations, including the development and implementation of strategies across agency, corporate and media customer segments.

“There are tremendous opportunities to bring Getty Images’ innovative technologies and superb sports imagery operations to new territories, teams and customers around the world,” Martin said. “We have the best photographers, access and distribution mechanisms and I am excited work with such an incredibly talented team.” gettyimages.com

Based in London, Martin has more than two decades of industry experience, with a strong background at the intersection of media and sports. He serves as a press commission member of The International Association of Athletics Federations and, during the London 2012 Olympics by the AIPS (International Sports Press Association), was honored as one of the world’s top Olympic journalists for having covered 14 summer and winter games. gettyimages.com