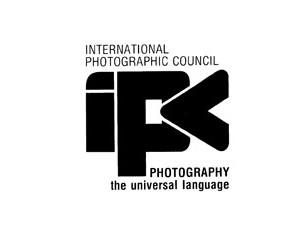 New York City, NY—The IPC/Sophie Smoliar Scholarship, sponsored by the International Photographic Council (IPC), is presented biannually in connection with the photokina photo-imaging fair in Cologne, Germany. The award goes to a European student majoring in photo-imaging who has demonstrated outstanding achievement.

This year’s recipient, Tim Hunt, a 23-year-old photo student at University College Falmouth UK, was selected with the cooperation of the Federation of European Professional Photographers (FEP). The awards ceremony will take place at photokina’s Professionals Stage, Hall 4.1, Booth I-50, on September 20 at 3.30 p.m.

A 2010 graduate of University College Falmouth UK, Hunt has a BA in marine and natural history photography and is currently pursuing a master’s degree in TV production at the same university. He also studied photography at Stratford-Upon-Avon-College for two years, earning a triple merit.

Specializing in nature photography, in 2011 Tim Hunt was chosen to represent his university at the FEP meeting in Leon, France. In addition, he has entered several photographic competitions with successful results; last year he was awarded third place in the Wildlife in the Garden category of the Royal Horticultural Society photographic competition, which among others led to an interview on Alan Titchmarch’s show on ITV.

In his application for the IPC/ Sophie Smoliar Scholarship Hunt wrote: “From a very early age I’ve had a passion for the natural world. In 2007 I completed a national diploma in photography and since then I haven’t been able to put down a camera. . . . I have keen interests in all areas of photography, but my passion lies within capturing the essence of the natural world. I believe my role as a natural history photographer is to allow people to see beauty in nature and if possible to provoke a reaction which in turn will help to preserve the natural world.”

“High-end photography like the work of Mr. Hunt requires patience, dedication and planning. It requires devotion to getting it just right in that split second the image is created. Tim Hunt has those qualities, which all adds to his excellent work,” commented Neil Warner, FEP president.

“I would like to say how pleased we are at Tim Hunt’s success at winning the IPC/Sophie Smoliar Scholarship. His photography has always been of the highest standard and he has won many accolades for the quality of his images, which can only bode well for his future as a professional photographer. The portfolio of images he submitted for this award was of extremely high standard and consistent throughout,” added Jim Lowe, FEP qualifications chairman and senior lecturer at University College Falmouth.

The IPC, a multinational, nonprofit, noncommercial organization founded in 1974, is composed of representatives from every major sector of the photographic industry. In 1983 the United Nations officially recognized IPC as a Non-Governmental Organization associated with the U.N. The organization is dedicated to increasing worldwide recognition of photography as a universal means of communication in the spirit of its motto: “Peace through Understanding, Understanding through Photography, the Universal Language.” ipc-un-ngo.org