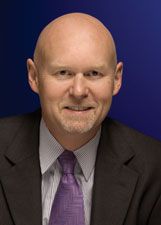 Rochester, NY—Kodak’s board of directors elected Douglas Edwards as a senior vice president of the company. Edwards, 51, is president of Kodak’s Digital Printing & Enterprise Group, a position to which he was named when Kodak realigned its management in September 2012.

“Doug’s election to this post is recognition of his leadership skills,” said Perez. “Moreover, it is an indication of the confidence we have in him to lead one of the two major businesses around which we will build the future of Kodak.”

Prior to being named to his current post, Edwards was general manager of the Pre-Press Solutions business. Edwards joined Kodak in 2005 when the company acquired full control of a former joint venture with Sun Chemical; Edwards had managed R&D for the joint venture. kodak.com