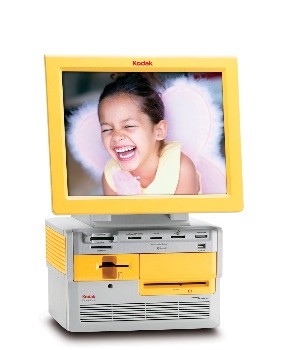 Even though St. Patrick’s Day is right around the corner, this particular Green Kiosk initiative has nothing to do with the March 17th holiday and everything to do with greater environmental awareness. Eastman Kodak Company and Wal-Mart Stores, Inc. recently announced the launch of a national program to recycle used materials from in-store picture kiosks.  The program is underway at about 4,100 Wal-Mart stores and Sam’s Clubs in the U.S. that operate Kodak Picture Kiosks, and is expected to annually recycle 2 million pounds of thermal printer ribbon, spools and cartridges. That amount is equivalent to the weight of approximately six, 250-passenger commercial airliners.

This initiative builds on ongoing sustainability efforts of both companies, as outlined in Wal-Mart’s company-wide zero waste goal and Kodak’s Responsible Growth principles.

“We are thrilled to be working with our longtime partner, Wal-Mart, on this important sustainability initiative,” said Nicki Zongrone, General Manager Retail Systems Solutions and Vice President of Eastman Kodak Company. “Kodak has a long record of responsible behavior related to environmental issues, and this initiative is a world’s first in the photo kiosk business. Together, Wal-Mart and Kodak are helping to make the planet a better place for our children.”

“Our partnership with Kodak to recycle materials from the photo kiosks in our stores is another step towards achieving our zero waste goal,” said Lori Kumar, divisional merchandise manager for Wal-Mart. “This initiative complements a number of other recycling programs in our photo department, including the recycling of silver, one-time use camera bodies and film canisters.”

Included in the Wal-Mart recycling program will be all three components used in the kiosk: printer ribbon, plastic spools and cartridges. These components are primarily made of polyethylene terphthalate (PETE) and polystyrene, which are plastics that are widely recycled today. These materials will be collected in each store and sent regularly to one of several Wal-Mart Return Centers. From there, Wal-Mart recyclers, with Kodak’s assistance, will separate the materials and process them for reuse.  In a related effort to further reduce waste and impact to the environment, Kodak has introduced a change in the way these thermal materials are packaged by removing the bubble wrap around the donor spool which decreases the overall package size and weight.