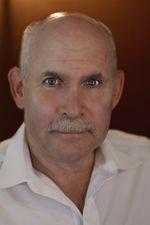 Solms, Germany—Magnum photographer Steve McCurry is the winner of the inaugural Leica Hall of Fame Award. During the Tribute to Photography night on September 1, an event within the framework of the St. Moritz Art Masters in Switzerland, McCurry was awarded the prize donated by Leica Camera AG: a Leica M9-P with the engraved name of the award and McCurry’s handwritten signature.

Recognized with numerous accolades, the 61-year-old McCurry has been on the road for more than three decades, producing sensitive and impassioned documentary photographic works. His documentary on the Soviet invasion to Afghanistan won him international fame. He also covered, among others, the Iran-Iraq War, the Gulf War and the Yugoslav Wars, and he sent reports from Lebanon, Tibet, Yemen and Cambodia.

His iconic photograph of the “Afghan Girl,” Sharbat Gula, was taken in 1984 near the Nasir Bagh refugee camp and first appeared on the cover of National Geographic. His career was launched when, wearing native clothing, he crossed the Pakistan border into rebel-controlled Afghanistan just before the Russian invasion. When he emerged, he had rolls of film sewn into his clothes that contained some of the world’s first images of the conflict. His coverage won the Robert Capa Gold Medal for Best Photographic Reporting from Abroad Showing Courage and Enterprise. Since 1986, McCurry has been a member of the renowned photographic agency Magnum.

“More than almost anyone else, Steve McCurry has recorded the terrible consequences of war and persecution and has thus had decisive influence on our perception of world affairs for decades. For his work, he deserves our thanks and recognition,” said Dr. Andreas Kaufmann, chairman of the supervisory board of Leica Camera AG.

The Leica Hall of Fame Award stands in a tradition of earlier awards initiated by Leica Camera AG to honor outstanding photographers. The prize is awarded to photographers who have rendered outstanding services to the Leica brand and to the genre of photography. The prize shall be awarded sporadically without competition and without the decision of a jury. us.leica-camera.com

Magnum Photos is a photographic cooperative of great diversity and distinction owned by its photographer members. Magnum photographers are committed to chronicling the world and interpreting its peoples, events, issues and personalities. magnumphotos.com