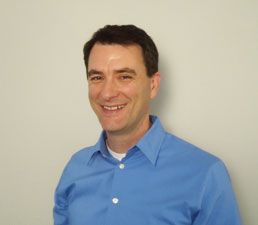 “Pelican Imaging is poised for explosive growth. The company’s technical expertise, coupled with experience that both Chris and Purnam bring to the table, position Pelican to launch a new era in the way people interact with the images and video they capture,” said Barry Schiffman, executive managing director at Globespan Capital Partners and a member of Pelican’s board of directors. “Pelican has ambitious plans under way on several fronts. These additions to its leadership team prepare the company for establishing new partnerships and channels that can broaden adoption of its technology.”

As president and CEO, Pickett will lead Pelican’s global operations, scale the company for planned growth and serve on its board of directors. With more than 20 years of experience building and expanding profitable ventures from infancy to IPO, Pickett has helped create financial success for companies developing technologies such as semiconductor packaging, camera modules, LCD displays, general lighting, cryptography and memory systems.

“I’m excited to lead Pelican Imaging—a company well positioned for leadership in its market and that exhibits great potential for future growth,” said Pickett. “Pelican’s technology is receiving incredible response from a variety of consumer platforms that utilize cameras. It is clearly a game changer for a variety of camera markets and promises a much thinner module solution, as well as better low-light performance, which will help to make phones and tablets even thinner, more advanced and able to offer the user a host of post capture editing functions that are difficult or impossible with current camera technology.”

Purnam Sheth brings more than 15 years of experience creating and delivering products in the networking and mobile sectors. Most recently, he was vice president of Software Engineering for BlackBerry Mobile Cloud Services at Research in Motion. In this role, Sheth was responsible for a number of the end-to-end cloud services for Blackberry devices in the areas of cloud storage, identity and push, which are delivered to more than 70 million subscribers. Before joining RIM, he was at Cisco Systems for almost 14 years, where he held a number of director and senior manager roles as well as won the Cisco Pioneer Technology Award—the highest engineering award given by the company—an unprecedented three times.

“This is a momentous time for Pelican Imaging. We are thrilled that Chris and Purnam are bringing the company the right combination of expertise to help us reach the next phase of growth,” said CTO and cofounder Kartik Venkataraman. “Chris’s proven executive leadership in business and licensing will help advance adoption and distribution of our technology. Add to that Purnam’s track record in product delivery and his customer focus, and we have a leadership team that will take the company to new heights.” pelicanimaging.com