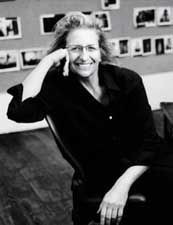 The CLIO Awards, which celebrate creative professionals in the advertising, design and communications industries, also recognize visionaries in fields as diverse as photography, fashion, food, travel, literature and film. Leibovitz and Bourdain will be honored for their outstanding bodies of work, which have encouraged people around the world to think differently. Comedy icon Joan Rivers will host the event.

“Annie Leibovitz and Anthony Bourdain work in two very different fields but share two common threads between them: their boundless creativity and their usage of their respective mediums to affect the way people think,” said Karl Vontz, CLIO director. “Annie’s work for magazines such as Vanity Fair and Vogue and her many international museum exhibitions have changed the way people around the world appreciate photography.

“Similarly, through his books and Travel Channel show, Anthony Bourdain: No Reservations, Anthony has introduced millions of taste buds to new culinary experiences and dared people to be more adventurous diners.”

Annie Leibovitz’s large and distinguished body of work encompasses some of the most well-known portraits of our time. Since beginning her career as a photojournalist for Rolling Stone magazine in 1970, while she was still a student at the San Francisco Art Institute, her pictures have appeared on hundreds of magazine covers.

Chef Anthony Bourdain is currently chef at large at New York City’s famed Brasserie Les Halles. An acclaimed author (Kitchen Confidential, Medium Raw, among others), he is widely known for his hit Travel Channel shows, Anthony Bourdain: No Reservations and The Layover. His writing has also appeared in The New Yorker, the New York Times, the Times of London, Gourmet, Black Book and Food Arts magazine.