Jackson, MI—PMA announced that Ted Fox, executive director of the association, tendered his resignation on October 18 to pursue opportunities outside the photographic industry.

The photo-imaging industry association also announced that Jim Esp has been appointed interim executive director. Esp has successfully led the International Activities at PMA for 10 years. Prior to PMA, his photofinishing and marketing experience was in the retail drugstore industry, including holding the positions of director of Photo Services at Eckerd Drug Stores, director at Genovese Drug Stores, and national product manager at American Stores Company, Inc.

Ted Fox, first recruited by Photo Marketing Association in 1982 to form an in-house market research department, assumed the position of executive director with the retirement of Roy S. Pung in 2003. He brought extensive senior management experience to his role with PMA, including years as group executive, Marketing Information, where he supervised market research, industry information services and convention programming, among other responsibilities.

During the leadership transition, plans continue for 2012 PMA@CES as scheduled. “Advance registration is currently more than twice that of our previous two conventions at a comparable time. Exhibit sales in The Venetian are strong and PMA@CES is approaching sold out,” Wood added. pmai.org 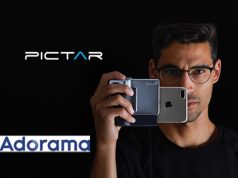