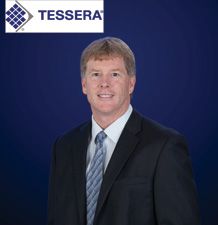 San Jose, CA—Tessera Technologies, Inc. appointed Thomas Lacey as chief executive officer, effective immediately. Lacey, who was appointed interim CEO in May 2013, will also continue to serve on the company’s board of directors, which he also joined in May 2013.

Rick Hill, Tessera’s chairman of the Board, commented: “The Board undertook a comprehensive CEO search, a process which included Tom as a candidate. Given the complexity of our business with both the Intellectual Property and DigitalOptics business segments, as well as the changing intellectual property landscape, we determined Tom has the right experience, leadership abilities and business acumen to guide Tessera through the opportunities that lie ahead. We have been very pleased with the company’s progress while Tom served as interim CEO, and we are gratified that he has agreed to lead the company as we work to drive Tessera towards long-term sustainable growth and profitability.”

Lacey, 55, is the former chairman and CEO of Components Direct, a provider of cloud-based product life cycle solutions, having served in those capacities from May 2011 through April 2013. Previously, he was the president, CEO and a director of Phoenix Technologies Ltd., a global provider of basic input-output software for personal computers, from February 2010 to February 2011. Before joining Phoenix Technologies, Lacey was the corporate vice president and general manager of the SunFab Thin Film Solar Products group of Applied Materials. He also served as president of Flextronics International’s Components division, now Vista Point Technologies, from 2006 to 2007, following its acquisition of International Display Works, where Lacey had been chairman, president and CEO from 2004 to 2006.

“I am delighted to lead Tessera and its many talented employees,” stated Lacey. “The company has valuable customers, partnerships and has tremendous potential. We will continue to move with urgency on all initiatives with the determination necessary to enhance value for our customers, partners, employees and stockholders.”

Lacey currently serves on the board of directors and the audit committee of International Rectifier Corporation, a leader in power management technology. In May 2012, he was also appointed to the board of directors of DSP Group, Inc., a global provider of wireless chipset solutions for converged communications. tessera.com