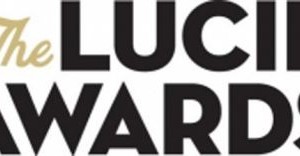 Los Angeles, CA—For the 9th consecutive year, the Lucie Awards will celebrate the greatest achievements in photography the world over. This year, the gala moves to Rose Theater, Frederick P. Rose Hall, Home of Jazz at Lincoln Center, on October 24, 2011.

The Lucie Foundation will recognize both honorees and the winners from the 2011 International Photography Awards (IPA) competition, the foundation’s sister effort.  The Lucie Awards, produced by the Lucie Foundation, a nonprofit charitable foundation, honor the achievements of the world’s most accomplished photographers, discover and cultivate emerging talent through mentoring and scholarship programs, and promote the appreciation of photography worldwide.

“I am so proud of the path the Lucie Awards has taken thus far,” said Hossein Farmani, founder of the Lucie Awards. “2011 marks the 9th year of the Lucies, and 2012 will reveal the launch of an array of significant new programming to celebrate the 10-year anniversary, when the Lucies will return to its birth city, Los Angeles, in October of 2012.”

The Lucie Awards are the culmination of a weekend of events leading up to the big night, including the IPA’s Best of Show exhibition and party and the Lucie Honoree Lectures. Less than 500 tickets are available for this year’s gala, and they will be on sale on October 1 at lucies.org.

The International Center of Photography will receive the 2011 Spotlight Award, which is nominated annually by the 40-member advisory board.

The 2011 International Photography Awards (IPA) will announce the competition winners who will receive cash prizes and Lucie statues at the gala. The revenue from this competition funds the majority of the Lucie Foundation’s year-round programming. IPA prizes include: $10,000 for the International Photographer of the Year Award provided by AtEdge; $5,000 prize to the Discovery of the Year Award; and $5,000 to the Deeper Perspective Photographer of the Year. See http://lucieawards.com/awards.html for a list of the 21 finalists from which the three winners will be named.

Additionally, there will be a special tribute to photographers who have passed away in late 2010 and 2011, who will be showcased alongside several new video compilations. lucies.org