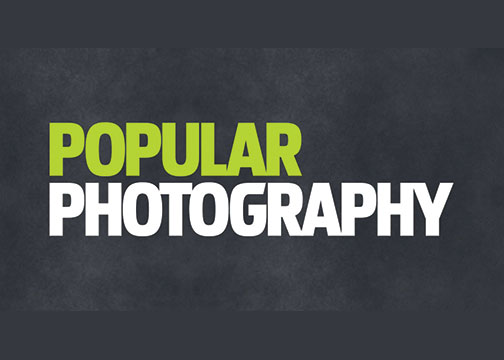 New York, NY—March 5, 2017 was a sad day for photography, the imaging industry and photo enthusiasts everywhere. It was the day that Bonnier Corporation, Popular Photography magazine’s parent company, unexpectedly announced that the forthcoming March/April 2017 issue would be the last print edition of the magazine. It was further stipulated that even the online versions of Pop Photo and its esteemed sister publication American Photo (which had been online only since 2015) would no longer be supported.

In what amounts to an ironic symmetry, Popular Photography debuted with the May 1937 edition. Therefore, its publication spanned exactly 80 years. During that impressively long run, it had its inevitable ups and downs. But Popular Photography was universally acclaimed as America’s premier photo fan book. It was the magazine of record for the photographic 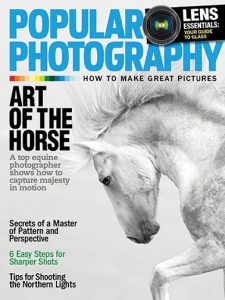 industry. And it was also a source of inspiration for millions of photo enthusiasts worldwide.

Pop Photo proudly proclaimed itself “the world’s largest photographic magazine.”  And it was, even though its circulation had steadily dwindled from well over 900,000 at its height to less than 400,000 at the end. Foreshadowing of the magazine’s demise began as early as six months ago. Bonnier then announced it was cutting back publication to only 10 issues per year instead of 12. It later slashed that figure to six issues per year. These are never good signs for what had been, since the beginning, a monthly publication. That’s why most industry insiders I spoke with were “shocked but not surprised” at its demise.

What made Popular Photography so unique and enduring was that it was, from its inception, a magazine created by photo enthusiasts for photo enthusiasts—a broad range that encompassed everyone from newbies and emerging enthusiasts to experienced and committed shooters and full-time pros.

Its editors were hands-on shooters who lived and breathed photography in all its aspects, from technical and esthetic to experiential. The magazine engaged its readers with authoritative reviews, incisive analyses and hands-on objective tests of the latest gear. It provided sophisticated information on lighting, composition and a host of task-oriented photographic techniques. And it always included a plethora of inspiring images created by renowned masters, emerging pros and its own readers.

The articles in Popular Photography were always accessible, often entertaining and never dumbed down. Reading and interacting with the magazine’s content inevitably enhanced its readers’ appreciation, aptitude and involvement with photography. It did, in fact, help to bring their entire photographic experience to a higher level. In a sense, Pop Photo was more than a magazine; it was a community of people bound together by a common passion for pictures, picture taking and the magical process used to create images of lasting value. 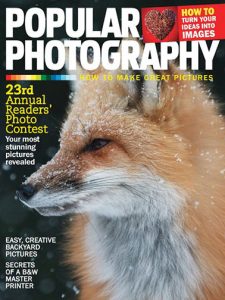 When Popular Photography first arrived on the scene, Kodachrome was the hot, new color transparency film, destined to transform the 35mm camera into a mass-market phenomenon. Kodachrome spurred the success of cameras ranging from the bare-bones Argus A to the posh Leica IIIa.

Over the years, Pop Photo faithfully and knowledgeably covered such photographic milestones as the emergence of the Japanese camera, the rise of the SLR, the age of autoexposure, the perfection of autofocus systems and the hugely disruptive digital revolution at the cusp of the 21st century that radically changed the face of photography forever. During these tumultuous times, the magazine was always in the forefront and at the cutting edge, especially after 1987 when it significantly upgraded its test lab and lens testing technology.

Throughout its long history Pop Photo was also deeply committed to showcasing the work of the world’s greatest photographers. Furthermore, the inspirational, educational and cultural value of this signature program can hardly be overestimated. This roster of hundreds of world-renowned photographers whose images graced its pages reads like a veritable Who’s Who of Photography. 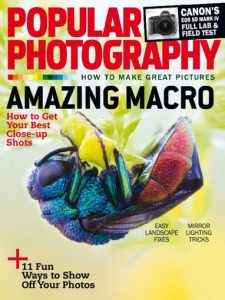 Many readers also fondly recall the magnificent, beautifully printed Popular Photography Annuals of the 1950s and 1960s. They were thick volumes that featured hundreds of outstanding images by well-known and up-and-coming photographers. A thumbnail index gave the all-important technical details for each picture, to satisfy the tech lust of photo geeks.

Popular Photography a Victim of the Connected Era

How could such a venerable, well-loved and worthwhile publication as Popular Photography, staffed by a dedicated team of brilliant editors, shutter in 2017 when more people are taking more pictures than ever?

There is some conjecture that as photography has become increasingly universal, the perceived value of the individual image has decreased. Thus serious photography has become a narrower niche. Others blame it on the modern cell phone—a darn good camera you always have with you—and the Internet, which lets you share images instantly on social media without printing them out or even bothering to save them.

However, the factor that has most severely impacted print publications, and eroded their advertising base, is the proliferation of free, easily accessible online platforms. These platforms have come to provide good, timely coverage of the latest products, shooting techniques, images and videos.

Despite these enormous challenges, photography in all its aspects will survive and prosper in the long run. It is essentially a visual expression of human consciousness and creativity captured in time. Sadly, it will be without Popular Photography. Sic transit gloria mundi. 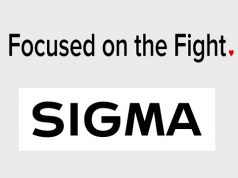