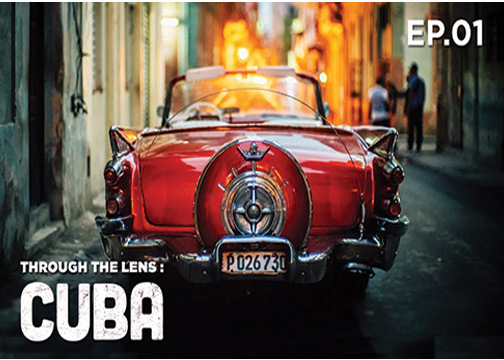 New York, NY—Adorama debuted Through the Lens: Cuba, the newest installment of its online docu-series. Premiering on the AdoramaTV YouTube channel on May 12, TTL Cuba features members of Sony Alpha Imaging Collective as they experience Cuban culture for the first time. Adorama is one of the world’s largest photography, video, audio, imaging and electronics retailers.

“As soon as the Cuba travel embargo was lifted, we knew it was the perfect opportunity to go and document everything we could about Cuba, especially the people and culture,” said Alana Casner (@bunnyfromtheblock), director of AdoramaTV. “We set out to create a docu-series about Cuba unlike anything we’ve yet seen online. We’ve accomplished that with TTL Cuba. We hope our viewers will be inspired in many ways by the new season.”

This season is unlike past Through the Lens seasons, which focused on photographers local to specific, yet recognizable regions. They included Manhattan (season one), coast-to-coast (season two) and Japan/ Hong Kong (season three).

The trip’s purpose is clearly identified as documenting a culture never before seen by both the featured content creators and their likely audience. Stemming from a natural partnership with Sony, the show was created and documented predominantly with Sony gear. Most notably, the Sony Alpha a7s II was used for purposes of production. Photographers also used a variety of Sony Alpha cameras for their own photography.

“Sony was the ideal partner for TTL Cuba,” said Lev Peker, chief marketing officer at Adorama. “The Sony Alpha Imaging Collective features content creators of all styles. This enabled us to curate the perfect cast with a variety of perspectives on photography and life. In addition, the Sony cameras were perfect for the variety of shooting environments our cast and crew encountered in Cuba, where at times being discreet was the number one priority.

“In addition to partnering with Sony, we had the pleasure of also working with ONA bags as our bag sponsor, Westcott for their travel Flex lights and Ricoh for the use of their impressive Theta 360º camera. We thus brought the top-notch equipment to the production that our customers expect.”

Through the Lens: Cuba

Through the Lens, as a series, takes an in-depth look at the evolving aesthetics of photography and content creation. It is viewed through this generation’s class of visionaries.

TTL Cuba, as a season, explores the unique identity of Cuba, a largely unseen country. 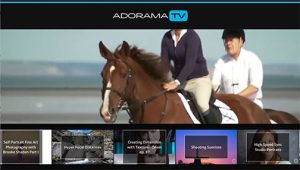 Through the Lens offers an interactive experience that caters to a young, social-media-savvy audience, introducing them to photography from a relatable perspective. New episodes go live Fridays at 12 p.m. EST. Full episodes of Through the Lens also can be viewed at the AdoramaTV site. adorama.com and sony.com