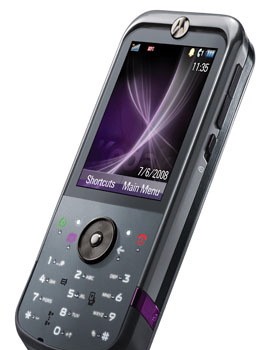 Motorola and Kodak, big names from the handset and camera fields, announced Monday from China that they are teaming up on a camera phone product called the Motozine ZN5. It is being billed as the first-ever combination between Motorola’s ModeShift technology and Kodak’s imaging technology.

Unveiled at a gallery event in Beijing, the product features easy one-touch viewing of photos, as well as fast Web connections.

“Today’s creative consumers not only want to be the photographer, but also the retoucher, the exhibitor and the critic,” Motorola’s corporate vice president, mobile devices marketing, Jeremy Dale, said as part of the announcement. “The Motozine ZN5 lets them be all the things they want to be.”

The companies did not yet announce pricing or timing of availability, except to say that the product will become available in China in July, before it is rolled out worldwide throughout the remainder of the year.

What do you think of these phones? Talk about it in the Dealerscope forums.