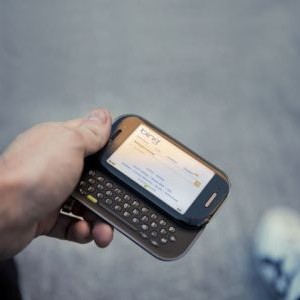 Okay, so camphones are improving all the time, and more and more people are using them as their primary capture device.

While that's certainly worth keeping an eye on with regard to the future of the point-and-shoot camera market, what's even more important is to keep track of how mobile imaging technology is changing consumer imaging habits.

And that little piece of advice would bring us to Microsoft's new Kin One and Kin Two smartphones, released last month.

While we've haven't had the opportunity to test the devices, we are most intrigued by what we think will be the great appeal they will have to younger (for now) picture-takers.

Why, you may ask? Well, for starters, the Kin One has a 5-megapixel camera and the Kin Two an 8-megapixel camera, so Microsoft has clearly upped the ante on the image-capture front. They also both include Nvidia's new Tegra APX 2600 chip for what Microsoft says is a “high-quality multimedia experience” including 720p high-definition video playback and recording.

An even bigger part of the equation is the implementation of the “cloud.” For those not yet familiar with this tech, the cloud is basically a term representing the ability to store files on the Web and access them from any computer or mobile phone that has access to the Internet. Microsoft is allowing for entire media collections to be uploaded to their website (kin.com) where users can access them from anywhere and subsequently share on social networking sites and the like.

The devices speak directly to all this mobile uploading that is going on to sites like Facebook, only now it can be done even more immediately and users can actually organize and save the still and video clips with little effort. That's Holy Grail kind of stuff for the imaging industry.

Microsoft explained the planning behind the Kins by claiming they studied consumer habits and then built the activities they used most often into the Kin phones. Never a bad idea when designing a consumer product.

In a recent demo for the media, the Kin's home screen showed a live stream of updates to social networks. Users can send photos/videos and other material by dragging them onto a little circle at the bottom of the screen. A finger swipe can bring up apps such as photos and music. It's that simple to share content, which is exactly what consumers enjoy most about their content.

While final pricing has not yet been set, we are hearing the devices will be in the $50 range or perhaps even be given free with a Verizon contract. We'll see.

Both phones also have WiFi and Bluetooth in addition to their 3G cellular radios. Microsoft is emphasizing that while the small internal storage on both (4GB on the One/8GB on Two) isn't much, it's not a big deal with the Kin phones. The users' entire photo and video collections are synced seamlessly with their aforementioned bottomless online storage. The user can access their entire collection from the Kin at any time by browsing thumbnails.

Again, it's simply a case of giving the consumer exactly what they want—something the imaging industry has struggled with at times.

The bottom line here is this, here's a device that speaks more directly to a specific consumer behavior—sharing your life on social networks—than it does to a specific crowd. It's a case of the consumer affecting tech and not the other way around, which can be very significant.

The trick for retailers, now that mobile imaging manufacturers are helping consumers store and gain easy access to their images and videos, is to make sure they let these people know they can enrich and decorate their non-cyber lives with this stuff too.

Talk to your customers that have embraced the mobile imaging way of life and try to gain a better understanding of their sharing and image/video storage habits. Many of these people, while happy uploading their lives to Facebook and the like, are looking to do more with this content. After all, some memories were made to last…no? 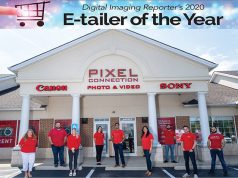