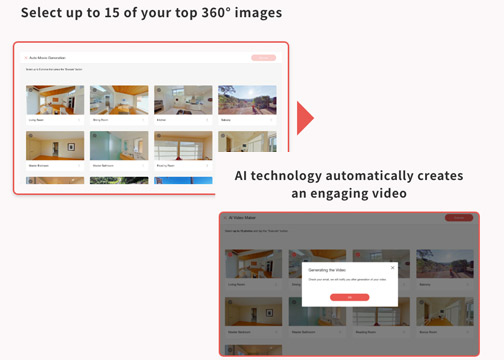 What’s more, the AI function auto generates a video that looks like a walkthrough of a property. A sample tour of video generated by AI Video Maker can be found here.

A virtual tour platform, Ricoh360 Tours supports sales and marketing operations in real estate and other industries. It is a cloud service that allows anyone from anywhere to virtually view “spaces” online without actually visiting them. Now, AI Video Maker enables automatic marketing video creation at the touch of a button.

By selecting up to 15 top 360º images, Ricoh’s AI technology will auto-generate a marketing video of a property. Moreover, the company says the video “is as realistic as if you took the video in person.”

In addition, since the video is generated automatically based on the Ricoh360 virtual tour, the time and cost previously spent filming at the property is reduced. What’s more, the video is shareable on social media, websites and YouTube. 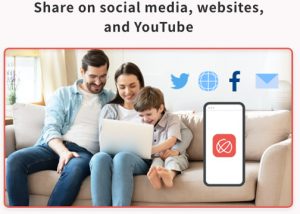 Ricoh’s AI technology has learned from the vast amount of visual data accumulated since the launch of the Ricoh Theta camera line. AI can identify points of interest that customers like from millions of 360º property images; it can now also automatically generate a video.

In addition, when combined with the AI super–resolution function by Ricoh, an AI-based super-resolution technology for 360º images, anyone can automatically generate promotional videos from high-quality 360º images.

Furthermore, the AI Video Maker for Ricoh360 Tours can be used in any pricing plan without limitations.