Shawn DuBravac is chief economist and senior director of Research for CEA. He will give a keynote titled “How the New Age of Data Will Change the Way We 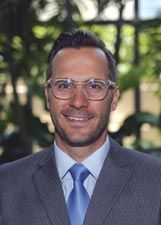 As DuBravac notes, most people perceive the digital age as simply the accumulation of sleeker and more powerful gadgets. But our understanding of the digital age is narrow, because we are still in its infancy. The explosion of digitized data, which grows by orders of magnitude every year, has unleashed forces that will upend our world in the realms of economics, health, travel and culture.

In his keynote, DuBravac will discuss trends in the consumer technology industry. Furthermore, he will “explore how digital data will solve many of mankind’s most ancient problems, create new challenges and transform life as we know it.”

“We are pleased to have Dr. DuBravac back at the 2015 Storage Visions Conference,” said Tom Coughlin, conference organizer. “We look forward to hearing his insights on the impact of technology on consumer life and consequently on the digital storage requirements that support a modern life style.”

DuBravac provides crucial economic analysis to CEA and industry leaders. The analysis regards future economic activity and the relative health of the technology industry. He also contributes research into technology trends that underpin the industry. Furthermore, he was the primary driver of the new smartphone index developed in partnership with NASDAQ. He also spearheaded the CE consumer confidence index, in partnership with CNET.

DuBravac has been widely published on the topics of finance, economics and technology. In addition, his new book will make its debut at the 2015 Storage Visions Conference and the 2015 CES. The book is titled Digital Destiny: How the New Age of Data Will Change the Way We Live, Work, and Communicate.

The Storage Visions Conference is January 4-5, 2015 at the Riviera Hotel Convention Center in Las Vegas. The conference theme is Storage with Intense Network Growth (SWING). The theme reflects the impact of the connection of everything on digital storage growth and development.

Award submissions as well as hotel and conference registration are now open. Visionary product, company and end user award submissions can be made until November 15, 2014 at storagevisions.com/2015Awards.htm.

There are a limited number of sponsorships and exhibit spaces available for the 2015 Storage Visions Conference. For information on sponsorship and exhibit opportunities fill out the appropriate forms available on the conference website: storagevisions.com.