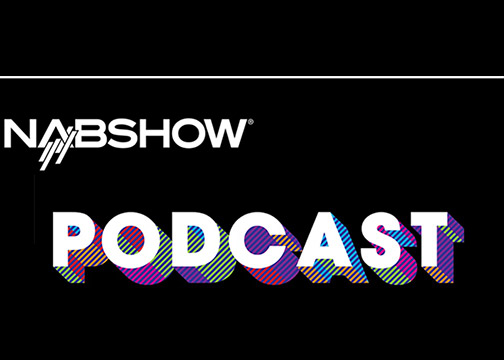 Furthermore, E.B. Moss, MediaVillage head of Content Strategy and Marketing, will host the series. Episodes will launch periodically beginning the week of September 16 on the NAB Show Podcast. The podcast is available at nabshowny.com and on popular podcast apps.

Moss is host of MediaVillage’s B2B podcast, Insider InSites, and its forthcoming Advancing Diversity podcast. She is also responsible for strategizing with senior executives of leading media, marketing and advertising organizations to develop and promote editorial content. Furthermore, Moss oversees social media efforts for the company.

One session is titled “Lemonada Liftoff: Everything You Need to Know About Launching a Podcast Network.” It will explore the journey of the woman-founded, woman-run podcast network Lemonada Media and their partnership with Westwood One. Participants include Suzanne Grimes, Westwood One president, as well as Jessica Cordova Kramer, Lemonada Media’s cofounder, CEO and executive producer.

Moreover, Stitcher and the Vox Media Podcast Network will explore the behind-the-microphone elements that make for successful podcasts. This session is titled “Audio Insights for your Podcast Strategy.” Sarah van Mosel, Stitcher’s chief revenue officer, will present key audio insights on maximizing ad effectiveness and branding. The Vox Media Podcast Network will also give an inside look at how they are using the medium to expand their existing news and entertainment products.

In addition, E.B. Moss will moderate a discussion on “Cultivating and Sustaining Successful Podcast Brands” with iHeartMedia’s president of iHeartPodcast Network, Conal Byrne. She will also moderate the “Stuff You Missed in History Class” podcast with Holly Frey.

Produced by the National Association of Broadcasters, NAB Show New York will see more than 15,000 attendees and nearly 300 exhibitors. The event showcases the best in next-generation technology for media, entertainment and telecom professionals. It does so with conferences as well as workshops focused on television, film, satellite, online video, live events, podcasting, advertising, corporate A/V, production and post.

The National Association of Broadcasters is the advocacy association for America’s broadcasters. NAB advances radio and television interests in legislative, regulatory and also public affairs. Through advocacy, education and innovation, NAB enables broadcasters to best serve their communities; strengthen their businesses; and seize new opportunities in the digital age.