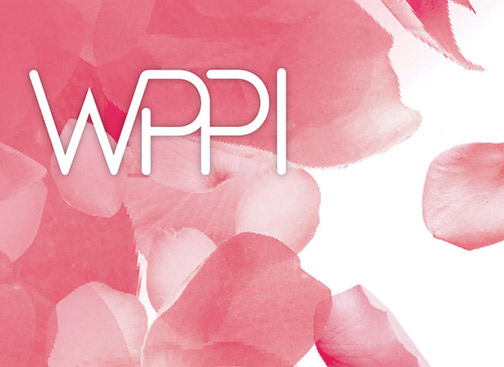 The annual WPPI show is always an interesting mix of product demonstrations and educational programs. Held at the Mandalay Bay Convention Center in Las Vegas in late February, WPPI 2020 featured five days of conference sessions and hands-on learning opportunities, as well as a three-day product expo.

While show sponsors hadn’t provided final figures as to attendance by the time this was written, it seemed the number of exhibitors and participants at this year’s show was down over previous years. One possible reason that was mentioned several times was that people were reluctant to mingle in large crowds because of the growing threat of the spread of the coronavirus.

Indeed, there were a number of showgoers wearing masks. I have seen surgical masks at previous trade shows, but this was the first time I saw someone wearing a heavy-duty machine-shop-type industrial mask.

Despite the attendance, overall the mood of the show was quite upbeat. Moreover, the conferences were well attended and there was a lot of interest in the Photo Walk sessions. You could see small groups of photographers gathered in various parts of Las Vegas, gaining insight into how to shoot under different lighting conditions. In addition, I ran into a large group with portable strobes and large soft boxes one evening; they were shooting models at the Fashion Show Mall on the Strip.

In addition, there were educational opportunities on the showroom floor. There was considerable interest in programs that photographers presented at the individual stages set up by major manufacturers. In fact, some of them were standing room only. 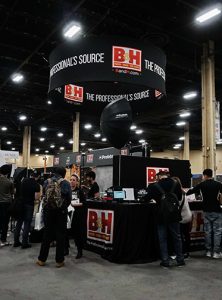 Something that draws a lot of photographers to WPPI are the bargains. While some trade shows prohibit exhibitors from direct sales on the showroom floor, WPPI encourages it. It’s very much a sales-driven show. Furthermore, it’s possible for photographers to get bargain prices that are anywhere from 10% to 40% below retail.

Major online sellers like B&H and regional retailers like Samy’s were doing brisk business; many of the hardware, software and service vendors were also featuring show specials.

Lighting was really the fundamental story of this year’s WPPI. Lighting products are important at any photo show; however, they were particularly well represented this time around. Many companies had set up makeshift studios to demonstrate new (and improved) lighting options. As a result, photographers could test-drive the featured products. Shooting a model or a still life in one of those studio setups made it easy to see the quality and intensity of light the product is capable of generating.

(Rangefinder, the magazine that sponsors WPPI, also set up a makeshift studio space. Since the magazine wasn’t marketing any specific product, it was possible for photographers to play with gear and try techniques not possible at one of the studios set up by companies pushing specific products.)

Increasingly, the intensity of lights is getting stronger while their form factors are getting smaller. Because most DSLRs and mirrorless cameras can shoot both stills and video, and there’s such a strong interest in shooting both, a growing number of newer lighting units use continuous LED light sources. What’s more, powerful LEDs were almost everywhere. They are in traditional equipment like studio lights as well as specialty items like light sabers, flexible light sheets and very compact, very bright, light cubes.

More and more, studio and portable light setups are controlled remotely. In fact, smartphone apps can now control a number of the units’ power and color temperature. Some also have dedicated remotes that photographers can use to adjust settings wirelessly.

One product I saw that I particularly liked was a little specialty lighting product from Savage. Called the Lite Shaper, it is a flexible LED light panel. According to the company, it’s the first portable, shapeable, speedlight and soft box-capable LED source.

Priced at $199.99, the 11×12-inch panel, which supports both battery and AC power, has a 15×15 array of daylight-balanced LEDs. It can throw light onto difficult-to-reach or odd-shaped surfaces. It was interesting to use to light model portraits in Savage’s little studio setup.

Most of the makeshift studios were relatively simple configurations; however, there was a noticeable exception. The most elaborate temporary studio at the show was the rainmaker studio, sponsored by Light Motion. It was run by Daniel Woods, a Las Vegas-based professional photographer.

A few years back, Woods was wondering whether he could continue in his line of work, because he wasn’t making enough money to support his growing family. But he came up with a technique to shoot clients (like dancers, models, actors, or just about anyone else who wanted striking images) in simulated rain. These sessions are in real water; it’s just that he doesn’t wait for it to rain. What’s more, the process turned out to be a great successful for him. The first year, he made $20,000 extra shooting rain images, and his business is continuing to grow. 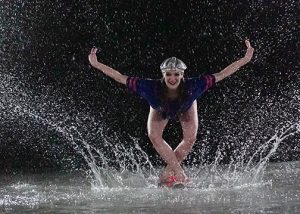 The studio Woods constructed was a large, plastic-sheeted, totally enclosed rain room. Water was pumped into overhead pipes; fell like rain; accumulated in a shallow catch basis; and pumped back up. Lighting was handled by Light Motion’s Stella Pro CLx10 lights. They are 10,000 lumen continuous lights that are an option for both still and video capture. They’re fully waterproof, so they not only can get wet, but they can actually work under water. Available in a variety of kit configurations with modifiers and accessories, they run in the $1,400 to $2,000 range.

I have to admit, I was impressed—both with the setup and the results.

In addition, photographers had the opportunity to do their own rain shots of models and dancers that Woods had hired for short 20-minute shooting sessions. There was tremendous interest. For each session, the shooting space was packed to the point that, in order to get a spot, photographers had to make reservations for specific time slots on Woods’s Instagram page.

Woods is also offering online seminars priced at $1,000 (but discounted to $699 at the show), on how to get started in “making it rain.”

Moreover, he stressed that there really wasn’t the need for such an elaborate rain setup as the one he had at WPPI. He shot some of his first rain sessions in his driveway at night.

Of course, digital cameras were also a big draw. Nikon showed the new D6, which was officially announced a few weeks earlier. As I had mentioned in my CES coverage, it’s been the subject of conversation for a number of months.

Like Canon’s EOS-1D X Mark III introduced at CES, which is a direct competitor of the D6, the Nikon DSLR is targeted at high-end photographers. Indeed, it is especially for sports photographers like those getting ready to cover the 2020 Summer Olympic Games in Tokyo. Because they’re so visual, the Olympics are always a great tie-in marketing opportunity for Nikon.

Furthermore, the D6 boasts an FX-format, full-size 20.8-megapixel sensor and a state-of-the-art Expeed 6 image-processing engine. It’s particularly good for low-light photography. Its ISO range of 100 to 102,400 is expandable for up to five stops; that effectively gives it an astounding ISO of 3.2 million.

In addition, it can capture up to 200 JPG images at 14 frames per second at full resolution or up 60 fps for 2MP still images. For video, it also shoots 4K UHD at up to 30 fps and features a new high-density, 105-point fully selectable, all cross-type sensor autofocus system.

The D6’s advanced scene recognition system also intelligently identifies various aspects of a scene; it makes fine adjustments to ensure accuracy in such things as autoexposure, autofocus and auto white balance. Also, a live view full-silence option is available for situations where any camera noise would be a distraction. The Nikon D6 has a price tag of $6,499.95.

I’ve had the opportunity to briefly play with both the Canon 1D-X Mark III and the Nikon D6. However, I haven’t done a side-by-side comparison, so I can’t say which has the competitive advantage. Both significantly raise the DSLR bar.

With so many photographers transitioning to mirrorless cameras, it’s good to see major upgrades on the DSLR side. But, to ensure they’re not missing out on customers, Nikon and Canon (along with most other camera manufacturers) are following Sony’s lead and are also expanding their mirrorless camera product offerings.

Canon made a “development announcement” of its new high-end EOS R5 full-frame mirrorless camera. It features a new CMOS sensor and can shoot up to 20 fps as well as 8K video. Because of the high-resolution video, photographers can, according to Canon, extract quality still images from the video frames. It also will be the first Canon camera with a high-performance, coordinated image stabilization (IS) system that integrates the camera’s in-body IS with IS systems on attached RF lenses.

While Canon hasn’t specified the resolution of the pending R5, according to some sources it will employ a 45MP sensor. Canon did not release pricing or a release date, but it should launch sometime this spring.

In addition, Canon said it will release nine RF lenses now in development throughout 2020 to pair with its EOS R cameras.

Other manufacturers also touted new lenses. Sigma showed the 24–70mm f/2.8 DG DN A, a compact zoom lens in its Art series. For Sony mirrorless cameras, it retails for $1,099.

Moreover, as camera resolutions increase, the number of frames shot is expanding exponentially and the interest in shooting video is growing. Consequently, there is a need for higher and higher capacity storage options.

Some of the highest capacity consumer-oriented storage options I’ve seen are G-Technology’s G-Drive series. The external hard drives go up to 14TB (terabytes). At a retail price of $449.95, the 14TB USB 3 unit provides extremely high-capacity storage at a very affordable price, particularly considering the per-gigabyte cost.

The company is also offering G-Speed Shuttle and Shuttle XL multi-bay RAID systems; they go all the way up to 112TB for enterprise storage requirements.

Whether going to WPPI to learn new photographic techniques; play with new gear; explore moneymaking opportunities; hone in on new business skills; hunt for bargains; or simply stay up with what’s happening in photography, WPPI is always a show well worth attending.