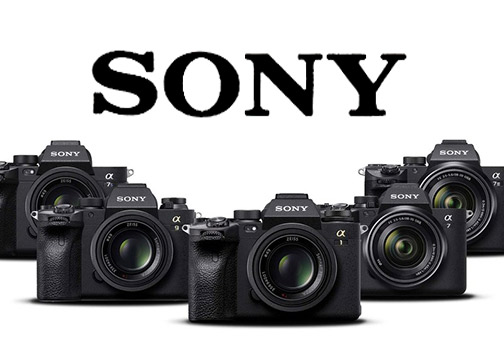 San Diego, CA—Sony Electronics announced that it was the top mirrorless camera brand in 2021 for North America Following a year of product introductions such as the Alpha 1, 2021 also marked the 8th consecutive year Sony has held the #1 position in full-frame mirrorless cameras. This according to the NPD Group/Retail Tracking Service.

Sony also announced that according to internal research, it was the 2021 number one mirrorless lens brand.

“We are always listening to our customers’ feedback; advancing our innovation; and creating the best possible tools for all types of content creators,” said Yang Cheng, vice president, Imaging Solutions, Sony Electronics Inc.

“Finding new ways to empower our community is our top priority. We are honored that so many continue to choose Sony to tell their stories and bring their creative visions to life.”

Sony attributes the success of its lineup of full-frame cameras as paramount to its strong sales numbers. They comprise the Alpha 7S, Alpha 7R as well as Alpha 9 series.

This was complemented by the popularity of the Alpha 7 III. Moreover, that model continued as the No. 1 selling full-frame interchangeable lens camera line for the 4th year in a row.

The company also noted that newer innovations, such as the new Alpha 7 IV, set early sales records. According to Sony, for the week of December 19–25, 2021, the Alpha 7 IV had the highest single-week sales of any mirrorless ILC line in the last four years.