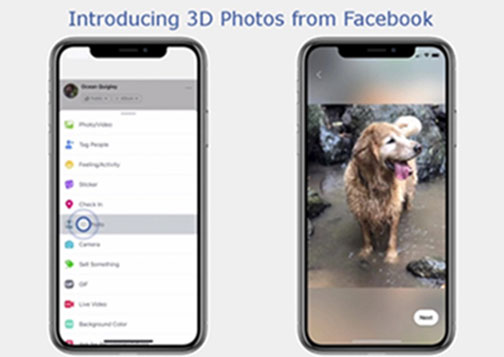 Menlo Park, CA—Facebook’s vast user base can now post 3D photos to their news feed and in VR. The social network already supports 360º photos and video in the news feed, so offering the capability to add 3D photos is a natural evolution.

“We’re starting to roll out 3D photos, a new way to share your memories and moments in time with a fun, lifelike dimension in both news feed and VR. With technology that captures the distance between the subject in the foreground and the background, 3D photos bring scenes to life with depth and movement,” the company announced. 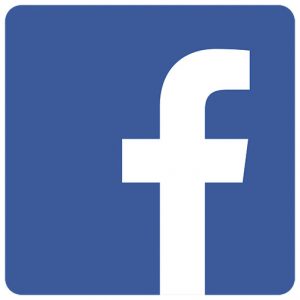 Whether it’s a shot of a pet, friends or a beautiful spot from a latest vacation, Facebook users just need to take a photo in portrait mode using a compatible dual-lens smartphone, then share it as a 3D photo on Facebook. Once posted, viewers can scroll, pan and tilt to see the photo in realistic 3D.

In addition, 3D photos can also be viewed in VR using the Oculus Browser on Oculus Go or Firefox on Oculus Rift. Everyone can now see 3D photos in news feed and VR, while the ability to create and share 3D photos is now rolling out and will be available to everyone in the coming weeks.

Moreover, Facebook offered some tips for becoming a 3D photo pro and selecting the scenes that will pop in 3D.

1. Create layers. 3D photos use depth maps that are stored with “portrait” photos taken on iPhone 7+, 8+, X or XS. For the best results, the main subject should be three or four feet away. To really make it pop, users should capture scenes with multiple layers of depth. They should include something in the foreground and something in the background. For instance, a group of people standing in a field of flowers.

2. Keep contrast in mind. The 3D effect will be greater when the photo’s subject has contrasting colors. For example, a blue shirt in front of a blue wall won’t pop as much as wearing a different color.

3. Use texture. Some materials and subjects make better 3D photos than others. The best results come from subjects that have texture as well as solid edges and aren’t too shiny. Avoid transparent objects like clear plastic or glass.