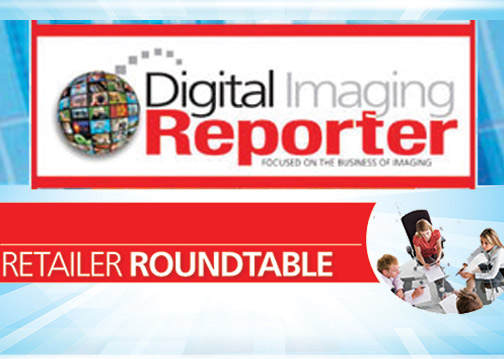 It’s a pretty simple formula: to sell more, teach more. Your best customer is the one who wants to know more, do more and take more and better pictures. We recently talked with four photo retailers who’ve expanded their retail locations to accommodate their growing educational offerings; they’ve added, reconfigured, rearranged and annexed space for classes and events Each did it in a different way, and it was that variety that we think makes their stories particularly interesting and important.

Outside In: Classes and Events

When Stan and Shelly Grosz, co-owners of Horn Photo in Fresno, California, moved their store to a bigger location, they took over a location that had an indoor/outdoor restaurant. It didn’t take long for them to repurpose the patio for classes. Weather permitting, of course. Fresno features long, hot summers when the classes move indoors where almost everything is mobile and their classroom space becomes available at the rolling of a lot of casters. However, when the weather’s cooperating, the patio, which easily accommodates 60 people, is a pleasant, inviting location.

Education has always been a big part of their retailing efforts. “Brick and mortar has to educate, even though there’s a ton of access online,” Shelly says. “We have to offer and provide our customers with something an online experience can’t.”

While the patio is a nice touch, it’s not the big deal of Horn’s learning experience. For that, they take customers to select locations in an ongoing road show they call the Clicking Caravan, which they consider the high point of their education efforts.

“It’s an upscale walkabout,” Shelly says. “We go to a place that’s having a function. We take models, staff and our photo teacher, and we advise people on taking photos of the event. Clicking Caravan started last fall; it’s free, and we get a hundred to two hundred people.”

Locations have included a winery and a Jaguar dealership that recently opened in town. “A beautiful showroom where everything’s over the top,” Shelly says. “And we did one last fall associated around a zombie crawl in town where we had makeup artists do a zombie look to our models. That had a great response. We had customers helping other customers with their camera exposures; it was fun seeing people share and be enthusiastic about photography in the community.”

The Clicking Caravans are “an investment in our brand,” Shelly adds. “People post photos they take on Facebook, and the whole thing builds community feeling and loyalty.”

When we spoke with Shelly, Horn Photo was just about set for an event at the farmers market in town that would feature participation and instruction from Tamron and Panasonic.

For Stan and Shelly Grosz, running a retail business is partly show business where they keep a constant eye out for opportunities to create and innovate—up to a point. “It was suggested that for the Clicking Caravan we do live feeds on Facebook,” Shelly says, “so people could ask questions. Stan said, ‘I don’t think so!’”

A Sense of Community

Joe Dumitsch, president of B&C Camera in Las Vegas, took a class before he started offering them. Dumitsch bought the store about 10 years ago; a couple of months before, he attended the Nikon School. Dumitsch was a photographer, so much of the information was familiar to him, but he planned to offer classes. “I knew customers asked about them,” he says—and he thought it couldn’t hurt to see how the subject was taught by tech professionals.

The first day of the Nikon School covered the basics. “I didn’t need that,” he says, “but I figured a lot of people don’t really know how to use their cameras.” Today B&C offers a range of classes, including the basics.

Moreover, they cover everything to great effect and in great style.

When the store next to theirs in the strip mall became available, they took it. As a result, last January saw the grand opening of the B&C Hub—1,550 square feet of space for classes, gatherings and events, a studio and a photo gallery. “On the first Saturday of the month—we call it First Saturday—we have a gallery opening—always a customer or a camera club,” explains Dumitsch. There’s a classroom available every day and evening. In addition, people can rent the studio. B&C also offers space to photography meet-up groups and camera clubs.

Every class draws customers; there was even one surprise, something they didn’t think would be a draw but turned out to be popular. “People want to know about video—how to shoot video, how to edit video, how to do audio with video,” Dumitsch says. Adds Prince Beverly, B&C’s general manager, “We even have a series of six video classes that’s called Cinematic Storytelling with DSLR and Mirrorless Cameras.”

While there’s no accurate way to measure the relationship of classes to sales, that’s not something that concerns Dumitsch and Beverly. “We have no numbers,” Dumitsch says, “but it’s absolutely clear that if we have an event, let’s say a Sony event on the weekend, we sell way more Sony product. And if we have a Nikon event, we sell way more Nikon. But that wasn’t our approach. We wanted to offer something for the photo community. We really like photography and videography, and we really want people to be able to do it.”

Adds Beverly, “Our market is pretty small; once you know one person, you pretty much know everyone . . . and the idea of the B&C Hub is to create a long-lasting relationship with our community . . . that’s why we offer the space free to community photo groups.”

And that’s why they invested $100,000 in the Hub, with its wood floors, speaker system, microphones, TVs, projector, a little kitchen and comfortable chairs.

“We wanted to do it right,” Dumitsch says.

When the business upstairs went out of business, YM camera in Youngstown, Ohio, bought up the space. “It kind of doubled our size; we lofted it and now have a full classroom up there that can seat 45,” says Robby Yankush, YM camera’s vice president.

There was no doubt it was the right move to make. First, it was a practical improvement; prior to the takeover they’d have to close the store to do a class on the main floor, and that class could fit only 25 people.

And then there was the bigger picture. “We kinda saw that education was the future of this industry, along with events and classes tied to those events,” Yankush says. “It was really important for us to have a space where we could properly do both. I think we’re getting over the Amazon age a little bit. People are realizing that of course they can order online, of course we can get the product elsewhere. But they are also realizing they can’t get the service [just] anywhere. I think the industry is returning to the dealer, and you have to have an education side to your business. This industry is totally event-driven. We aim to have at least two to three classes a month—paid classes, but always a free class as well. We also hired on a director of education to plan out all our events.”

YM camera classes cover the usual range: camera 101; portrait photography; how to shoot better sports shots; and, lately, mirrorless cameras. “Our last event was with Sony—the ‘magic of mirrorless’ workshop,” Yankush says. “What people really appreciate, and we’re finding more people sign up for, are camera-specific classes—Sony mirrorless cameras and how to get better landscape pictures with their Nikon DSLRs. Nikon is my number one brand here, and people are eating that new mirrorless up.”

For video instruction they went out of the store. “The hardest thing for me was to embrace video. So we had to hire someone here who was better at that. We’re finding that more and more users want video training, and we’re really excited to be putting on our first full video classes.”

The growing classroom business has shown Yankush that there’s value in asking questions as well as answering them. “We did sports classes maybe once a month or every other month. Last year we started hitting the classes hard—two to three a month—but we never got feedback. Now we send out a survey, and it kind of makes it easier for us to schedule and finely tune the classes.”

Yankush believes that people want to deal with people and learn from people, eye to eye, answer-to-question. “And that’s whether it’s a private one-on-one lesson or a group setting. We don’t care where you got your camera; if you’re in my store, you’re my customer now. We’re going to get you into classes, and you’re always free to stop by and ask questions, even if you didn’t get the camera from us.”

The classroom at Shutterbug Camera in Santa Rosa, California, is right up front, part of the main sales floor. That’s both deliberate and pretty much necessary, owner Mike Paschke tells us. When class space upstairs and later behind their building didn’t work out, they rearranged display areas on the main floor to accommodate their classes. “It’s a permanent space, a dedicated classroom; people walk by it every time they come in, so everyone can tell that we do classes all the time,” Paschke says.

What’s popular are the basics. “We have two basics classes every month—they’re the most popular over the years. Then we try to substitute in a macro class or a portrait or lighting class.”

The store’s offerings also include one-on-one sessions—an instructor and a student for one hour, but those take place off the sales floor. “And for the holidays, we do an extra-value pack where we give them half off the regular class and then three coaching sessions,” Paschke says. “However, those we limit to 15 minutes, and we do three of them so we see them more often.”

The classroom area will handle about 20 customers, but when they do a Lightroom class with computers and tables for everyone, attendance is limited to about a dozen. The Lightroom class is interesting in that there’s no software to sell. “But we get interest, traffic and loyalty,” Paschke says. “Also, we split the gate with the instructor, so we get half of the attendance fees. Every little bit counts, right?”

The payoff is discernible, he adds. “We see it in the loyalty of the customers who take regular classes—we keep them involved, active and inspired, and that helps sales, and it’s easy to recognize those people. For our Tamron and Sigma classes, often we’ll do an extra set of rebates for people at the class; but more often we see them come in later and be more interested and see those sales go up.”

And then there’s the perception payoff, which ties directly to the positioning of the dedicated classroom area. Paschke remembers a study to find out which home improvement store is most helpful to people. “Home Depot won that survey hands down,” he says, “When people were asked why they thought that, they said because Home Depot offers so many classes. Then they were asked if they ever attended one of the classes. The answer was, ‘No, but we know they’re most helpful because they offer so many classes.’ So our customers see the Sigma classes and the Tamron classes, and our Sigma and Tamron sales go up. If we don’t do ’em for six months, they start going back down. So classes are part of our branding as a value-add. That seems to attract people coming in with a particular issue to solve, which opens the whole store to them.”

Perception is reality? Let’s just say for our quartet of retailers, results are reality.