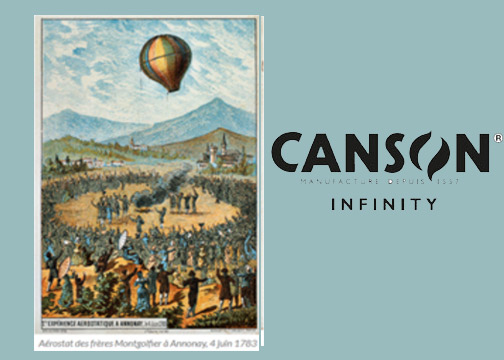 New York, NY—The last pioneering photographic paper manufacturer still in business, Canson Infinity is kicking off 2021 with a new look. Its new logo embraces the future while honoring the company’s history. Moreover, the modern logo reflects the brand’s tradition and commitment to quality as well as the company’s growth strategy.

“Our vision for the brand was to inspire creativity, culture and passion; it was essential that the new corporate identity reflected the core values of the brand,” said Mara Gavazzi, FILA Group Art Director. “Excellence is inherent within the business; with over 450 years’ experience, Canson has a unique expertise and knowledge in manufacturing papers to the highest quality, using the finest ingredients and our goal is to offer artist’s world-class papers.

“The second core value is manufacturing, as first and foremost we are a paper manufacturer; this has been at the core of our business since 1557,” Gavazzi added. “The business is steeped in tradition; our history is intertwined with both the history of France as well as the history of art. The final value is innovation, which has been in the genes of the company from the day that the Montgolfier family invented the first hot-air balloon to the introduction of the innovative Canson Infinity fine art papers into the digital art market.”

In 1557, in a small village in the South of France, two brothers, Michel and Raymond Montgolfier, founded Canson. In 1784, the Montgolfier paper mill was elevated to royal manufacturer status as Napoleon Bonaparte completed his European conquest. Moreover, the mill continued to evolve throughout the French Industrial Revolution.

The name Canson first appeared in 1801, when Barthélemy Barou de la Lombardière de Canson inherited the group from Jacques-Etienne de Montgolfier. The Cansons, whose name was synonymous with quality paper, pursued the Montgolfiers’ path of innovation. Consequently, the company creating new styles and applications. These notably include the 1809 innovations of tracing paper and colored paper.

Canson also became a major player in the photo paper industry during the pioneer years of 1850–1880. They secured a patent for photographic paper in 1865, and the business grew internationally at the beginning of the 20th century.

The company now operates in more than 30 countries, including a subsidiary in New York. It is also a major stakeholder in the photo paper and digital fine art paper sectors.

Here’s the history: on December 14, 1782, Joseph et Etienne Montgolfier sent a unique paper bag up above a fire in the Montgolfiers’ garden. It rose up and crossed a river, landing on a hill. He had made Icarus’ dream come true; the hot-air balloon was born. The inspiration derived from the paper bag blowing over a fire became a symbol of innovation, hope and possibility.

Now, composed of easy-to-read capital letters, the new modern logo includes the symbol of the hot-air balloon. It replaces the letter “O” in Canson, bringing a classic, historical touch.

Maintaining the hot-air balloon as the primary symbol in the logo is a conscious commitment to the deep history and values Canson Infinity holds. The hot-air balloon symbol has historically been part of the logo, previously positioned above.

The new logo also includes the slogan “Manufacture Depuis 1557” (“Manufactured since 1557”). This underlines both the French origin and the year of the brand’s creation.

Today, Canson combines centuries of experience with the latest technology in the manufacture of its paper. Moreover, the company favors the use of natural minerals and pure materials, without optical brighteners. The papers and canvases within the Canson Infinity range for photography and digital art publishing deliver durable printing results. They also achieve optimal chromatic rendering with a large color gamut, a strong D-Max and image sharpness. 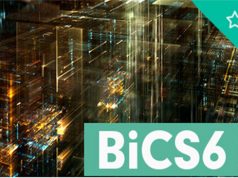