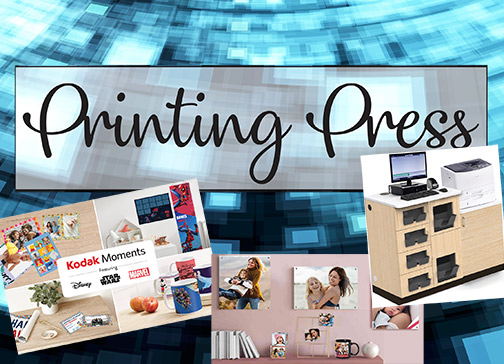 The advent of one-hour photo processing brought about major changes in consumer imaging. Turnaround times went from days or weeks to film development and better exposed, color-corrected prints in less than an hour. Decades later, wet labs turned dry; the photo industry was on its way to becoming faster, better and greener. Many of the leading contributors to the photo print evolution are still in business today. Moreover, they are continuing the minilab evolution by developing improved systems to process and deliver your customers’ prints. Here’s an overview of some of the major players.

Furthermore, Noritsu introduced its first inkjet (dry) minilab system in 2002. Nortisu developed the dDP-411 digital dry printer with Seiko Epson; it employed Epson’s seven-color piezo inkjet system. The printer was significantly cheaper than a full-size wet lab and less than half the size of standard minilabs and other inkjet systems.

“These are the culmination of evolutionary changes in our traditional wet printer/processor product line; they are the only products capable of running very thin book papers (135μm) and working with Kodak’s DP2 software,” says Dunst. “They also have native 640×640-dpi solid state lasers that print in 8- or 12-bit color.

“Our dry systems continually evolve, with the QSS Green IV our latest model. We have products to suit most every customer need—dry or wet, from small to large volumes. Noritsu’s front-end software, EZ Controller, sets the bar for ease of use; the ability to add custom profiles for the printer or monitor; and its AccuSmart image-processing technology. The same EZ Controller software runs all of our printers, wet and dry,” adds Dunst.

“Eastman Kodak, which Kodak Moments and Kodak Alaris spun off from in 2013, was among the first to initiate the dry minilab space with our thermal technologies,” says Steve Turberg, director, Current Retail Product Solutions, Kodak Moments. “The dye-sublimation print space, over time, evolved significantly, transforming retail establishments away from traditional wet products to fully dry solutions.

“We were an industry leader when we introduced the APEX (Adaptive Picture Exchange) system in the mid-2000s,” he continues. “It took about five years to penetrate and flip the retail minilab environment from wet labs to APEX.”

APEX dry lab systems are modular minilab systems; they are primarily based on thermal technology but capable of a great deal of flexibility.

“Kodak Moments continues to maintain and modernize the APEX system,” adds Turberg. “For example, recent upgrades include installing small-format, small-footprint, dye-sublimation Kodak 305 photo printers to APEX systems in a major drugstore chain.” The 305s are capable of outputting what Turberg refers to as 5R formats—3.5×5-, 5×5- and 5×7-inch prints.

“We’ve seen great quality advancements with thermal, and now inkjet, technology; however, the real benefit of the shift away from wet labs was to retailers, because of environmental concerns, reduction of labor, smaller footprints and, in many cases, the addition of unique features and products that weren’t considered in a more chemically oriented world. The products have changed significantly from ‘prints only’ to a whole new premium gifting segment—both in-store and out.

“We continue to spend a lot of time and effort growing that side of our business, because self-service is a critical function of product fulfillment,” says Turberg. “We are laser focused on the fundamentals of a kiosk system and how to modify that to meet the expanding demands of retail self-service. One option is the development of self-service print stations that allow customers to print in a high-volume fashion.”

In addition, Kodak Moments’ newest kiosk product is the midrange M1 order station. It’s a scalable photo printing kiosk that permits consumers to easily print photos from their phones, USB drives or SD cards. Introduced in 2019, the M1 order station is scalable from a small desktop station to a full standing kiosk.

“Of course,” adds Turberg, “we also have our full line of G20 order stations to make all of the standard instant kiosk products; we will also continue to refresh that portfolio.”

Furthermore, a new service, Kodak Moments To Go, enables consumers to order their products online and directs them to the nearest provider for order pickup.

Fuji Photo Film introduced its first chemical minilab system in 1984 and the first Frontier digital minilab, the Fuji Frontier 1000, in 1996. The Frontier 1000 was the first minilab to scan analog color negatives and output them on photographic paper using a laser printer. Among its most significant features was the ability to scan and digitally correct individual film frames, thereby enhancing print quality.

“We continue our commitment to the Frontier silver halide labs and dry technologies,” says Steve Vallario, senior director, Commercial Product Management for Fujifilm. “We’re constantly improving those devices and improving the software solutions that drive them. Moreover, much of our new technology is on the software side, with advancements in image recognition, image enhancement and core routing. The company’s global footprint as well as its ability to offer global procurement are also important aspects.”

Mitsubishi Electric developed its first dye-sublimation printer, the S3600-30 A-size graphic printer, in the early 1990s. Over the next decade, the company made significant improvements to its dye-sub printing technology as well as developed printers for a variety of markets, including retail and location photography.

The company also expanded its product offerings in the early 2000s with its first user-oriented photo kiosk. It went on to develop a fully integrated digital photofinishing system, the DPS Click kiosk. Features such as Mitsubishi Kiosk Gifts, Smart KioskGifts and the PhotoPrintMe online catalog expanded product offerings available to retailers as well as their customers.

In addition, Mitsubishi’s latest dye-sub printer, the CP-M1 photo printer, is ideally suited to minilabs, according to James Chan, director, Printer Business Unit. “Minilabs are a main target market for the CP-M1 printer because of its high print capacity of 750 4×6-inch prints per roll; its compact size; and its unbelievably easy 30-second media replacement that requires minimal training and downtime.”

The CP-M1 employs the company’s proprietary printhead control engine as well as image-processing algorithms for high-quality prints with excellent color depth and detailed output, according to the company. It also includes a rewind function to optimize paper use with 4×6-inch prints.

Mitsubishi also introduced its CLICK professional photography system in 2019. It permits simultaneous management of multiple printing equipment. It enables multi-format adaptions, as well as the ordering of double-sided prints and receiving of orders online from any mobile device. The all-in-one management solution provides improved workflow and is also useful for photo retailers, professional studios and social/event photography.

“Successful photo retailers must have a well-executed online/mobile-to-store and kiosk strategy as well as continue to expand their portfolio of profitable photo products and services. NexLab is the retail fulfillment anchor of this strategy. It is cost effective to operate, highly scalable and also supports a growing range of products and output devices while maintaining minimal training. Furthermore, NexLab is available only as part of a customized solution from DNP.”

HiTi Digital manufactures high-quality, dye-sub commercial photo printers for photo booth, event and minilab solutions. “The company is one of the youngest members of the photo printing industry,” says Kevin L. Linton, general manager, North America, HiTi Digital, Inc. “We pride ourselves in pouring this youthful energy into innovation as well as R&D. Our robust, vertical-integrated manufacturing facility allows us to tweak and improve every aspect of the product.

“HiTi has overcome a major engineering challenge and introduced dye-sub to large-volume printing,” adds Linton. “Our X610 cascade printer is capable of 1.5-second 4×6-inch prints, while maintaining the quality as well as speed expected of wet labs; it also eliminates much of their downsides, most notably the use of toxic chemicals which are a danger to both the environment and the operator.

“In addition, dye-sub printers are less expensive to buy and much easier to maintain—putting our customers on top in an increasingly competitive market. We already have a new product currently in the works which will push this trend further. The X620 is a more portable version of the X610, with nearly the same output speeds and also per-print costs.”

Furthermore, the company’s workhorse printer, the P525L compact photo printer, is the model most often used for minilab applications. What’s more, when combined with the HiTi Mars 12 kiosk, it provides retailers and photographers with a streamlined mini-kiosk system. The P525L also produces images from 1.33×6 to 6×8 inches, including perforated prints.