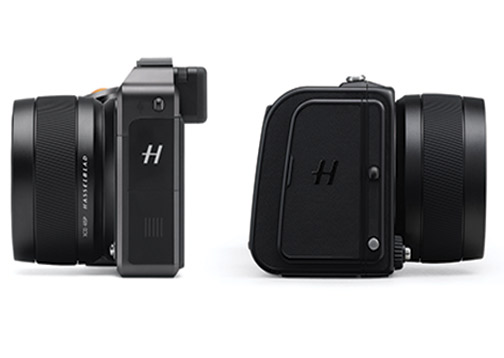 Among the features added to the X1D II 50C and 907X special edition are 2.7K/29.97 video recording; focus bracketing with all XCD lenses; image rating for simple sorting and selection; as well as a white balance picker tool.

In addition, focus bracketing now allows photographers trying to capture a subject with very limited depth of field, such as in macro photography, to capture a series of exposures at a fractionally different focus point. They can then combine these captures in stacking software. Photographers have control over the number of frames in the sequence; the step size between captures; and also an initial delay to allow support system vibration to diminish.

What’s more, photographers can now apply an image rating function to still images in-camera. This makes image sorting and selection easier when the captures are transferred to a computer. When in image playback mode, with the capture details overlay on-screen, photographers press the star button or the displayed stars. The image’s metadata stores the rating.

Moreover, exposure bracketing function step options were expanded to support 2/3 stops steps in addition to the existing steps. The menu organization and selection of white balance presets was also improved with the display of color temperature and tint at each setting. For more precise color, a picker was added so photographers can sample a neutral portion of the image to balance color.

In addition, it is now possible for users to adjust the sensitivity of the EVF proximity sensor. The improved setting accommodates users whose typical handling does not always engage the sensor or prefer to disable the EVF completely. Also, a menu option now permits the custom buttons to default to factory settings.

Hasselblad also incorporated cable-free operation with the CFV II 50C digital back on 2000-cameras and unmodified 200-cameras. However, some cameras may not fully work due to mechanical tolerances of old cameras.

It is also now possible to automatically set white balance for captured images.