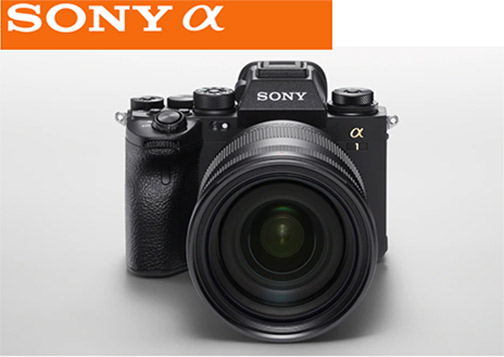 Moreover, for the first time in an Alpha camera, it records 8K 30p 10-bit 4:2:0 XAVC HS video with 8.6K oversampling. Photo and video creators can also use the 8K footage for flexible 4K editing during postproduction.

Also possible is in-camera 4K recording at up to 120 frames per second; this allows the user to shoot 5x slow-motion video. In addition to supporting 10-bit 4:2:2 recording, this feature supports the Long GOP inter-frame compression or high-quality Intra (All-I) intra-frame compression.

Another pro feature is the use of S-Cinetone, the same color matrix that produces the FX9 and FX6 color and skin tones. It delivers natural mid tones, as well as soft colors and highlights for more expressive depth. The S-Log3 gamma curve makes it possible to achieve 15+ stops of dynamic range; the S-Gamut3 and S-Gamut3.Cine color gamut settings make it easy to match Alpha 1 footage with video shot on Venice cinema, FX9 and other professional cinema cameras.

“Alpha 1 breaks through all existing boundaries; it sets a new bar for what creators can accomplish with a single camera. What excites us the most—more than the extensive product feature—is Alpha 1’s ability to capture that which has never been captured before. This camera unlocks a new world of creative possibilities, making the previously impossible now possible,” said Neal Manowitz, deputy president, Imaging Products and Solutions Americas, Sony Electronics.

The Alpha 1’s new sensor is built with integral memory. Paired with a Bionz XR processor, it’s capable of shooting 50.1-megapixel images continuously at 30 fps with up to 120 AF/AE calculations per second. Furthermore, it can automatically adjust exposure, even with sudden changes in brightness, with an AE response latency of 0.033 second.

Notably, high-speed readout from the 50.1MP sensor and a large buffer memory make it possible to shoot 155 full-frame compressed RAW images or 165 full-frame JPEG images at up to 30 fps with the electronic shutter; the camera does so while maintaining full AF and AE tracking performance.

Along with RAW and JPEG formats, the Alpha 1 uses the HEIF (High Efficiency Image File) format for 10-bit gradations that provide realistic reproduction of skies and portrait subjects. Photographers can also trim images shot on the Alpha 1 in-camera to a desired aspect ratio, size, or position.

Furthermore, the Alpha 1 offers high sensitivity with low noise. It also boasts 15+ stops of dynamic range for video and 15 stops for stills. Sony says, as a result, it achieves smooth, natural gradations from shadows to highlights, throughout its ISO 100–32,000 sensitivity range. That range is also expandable from 50 to 102,400 (stills).

The ILCs shooting capabilities are also enhanced by a 9.44-million-dot OLED Quad-XGA electronic viewfinder; the EVF has a refresh rate of up to 240 fps. The viewfinder does not black out when an exposure is made; instead it provides an uninterrupted view and allows for seamless framing and tracking, even during continuous shooting. The EVF also boasts 0.90x viewfinder magnification; a 41° diagonal FOV; and a 25mm-high eyepoint for clear viewing from corner to corner.

In addition, the camera has a 3.0-type, 1.44M-dot LCD monitor. It also provides easier navigation, and touch-responsive menu operation for faster, more intuitive control with touch focus and touch tracking.

In addition, Sony increased the performance of its Real-time Eye AF technology for humans and animals to improve detection by 30%. It is said to ensure “accurate, reliable detection, even when the subject’s face looks away.” Moreover, the ILC employs subject recognition technology to provide real-time eye AF for birds—a first in an Alpha camera.

The high-speed readout from the sensor also made it possible to reduce rolling shutter by 1.5x when shooting stills, compared to the Alpha 9 II. Moreover, it offers silent anti-flicker continuous shooting with an electronic shutter for the first time. The electronic shutter operates silently, without mechanical noise, and is vibration-free.

Subsequently, stress-free continuous shooting is possible, even when shooting with florescent or other flicker-prone types of artificial lighting. What’s more, for the first time in an Alpha camera, electronic shutter flash sync up to 1/200 sec is possible.

Furthermore, the Alpha 1 boasts a flash sync speed of 1/400 sec. with the mechanical shutter. In addition to a carbon fiber shutter curtain, the ILC features the newly developed dual driven shutter system. It utilizes a spring and electromagnetic drive actuator, which is durable and lighter.

Additionally, the camera incorporates an evolved pixel shift multi shooting mode that composites 16 full-resolution images. In this mode, the camera shifts the sensor in one pixel or half-pixel increments; it captures 16 separate pixel-shifted images containing a total of 796.2 million pixels of data. The images are composited into a 199-million pixel (17,280×11,520 pixels) image using Sony’s Imaging Edge desktop application.

Other video features include 16-bit RAW output to an external recorder via its HDMI Type-A connector; a digital audio interface; and 5.8K oversampled full pixel readout without pixel binning for 4K movies in Super 35mm mode.

Sony designed the Alpha 1 to support photo and video journalists and sports shooters who need to deliver content as quickly as possible. As a result, it incorporates advanced connectivity and file transfer options. They include built-in wireless LAN communication on 2.4GHz and 5GHz bands with dual antennas for reliable communications. 5GHz includes 2×2 MIMO support (IEEE 802.11a/b/g/n/ac) for 3.5x faster wireless FTP transfer speed than the Alpha 9 II.

What’s more, the Alpha 1 has two media slots that both support UHS-I and UHS-II SDXC/SDHC cards, as well as CFexpress Type-A cards. Other features are a magnesium alloy chassis; long battery life with the Z-battery, which is extended using the VG-C4EM vertical grip (sold separately); an improved dust removal feature; dust and moisture resistance; and USB PD (power delivery). 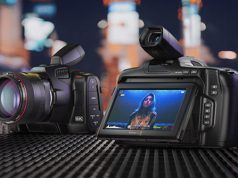