Rochester, NY—The George Eastman Museum is presenting an Adam Ekberg photography exhibition. What’s more, his first solo museum exhibition in the U.S., Adam Ekberg: Minor Spectacles, opened in the museum’s Project Gallery on January 14. It is on view through August 6, 2023.

Through an absurdist approach to photography, New Jersey-based Ekberg invites us to slow down, be present and pay attention to the ordinary. In doing so, his work suggests we might find the extraordinary in the fleeting moment.

“Ekberg’s images are filled with mystery and playfulness that encourage viewers to contemplate how the photographs were created while also drawing upon and adding to the history of photography,” the museum announced.

Further, a loneliness permeates Adam Ekberg’s whimsical photographs that document the climax of orchestrated events. While the camera freezes them into still lifes, a sense of continuity happens as one realizes that Ekberg invented, manifested, documented as well as concluded these events. The objects he photographs take on lives of their own, even though one knows that a roller skate can’t move without human intervention.

Adam Ekberg received his MFA from the School of the Art Institute of Chicago. He has had solo exhibitions at ClampArt, New York; DeSoto Gallery, Los Angeles; as well as Fotografiska, Stockholm, Sweden.

Moreover, Ekberg is the recipient of both the Society for Photographic Education’s Imagemaker and Tanne Foundation Awards. Also, his monograph titled The Life of Small Things was published by Waltz Books. It is available in the Eastman Museum shop.

The George Eastman Museum is the world’s oldest photography museum and one of the largest film archives in the United States. Opening in 1947, it is located on the historic Rochester estate of entrepreneur and philanthropist George Eastman, the pioneer of popular photography. 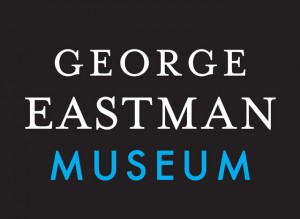 The museums’ holdings comprise more than 400,000 photographs, 28,000 motion picture films, as well as the world’s preeminent collection of photographic and cinematographic technology. It also houses one of the leading libraries of books related to photography and cinema and extensive holdings of documents and objects related to George Eastman.

Furthermore, as a research and teaching institution, the Eastman Museum has an active book publishing program. Additionally, its L. Jeffrey Selznick School of Film Preservation’s graduate program (a collaboration with the University of Rochester) makes critical contributions to film preservation.