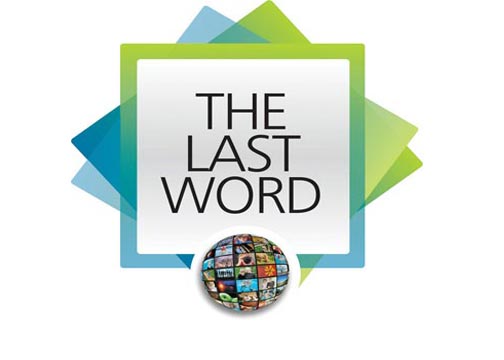 Fifty years ago, almost to the day, I got off a train at Grand Central Terminal in New York City, walked several blocks south and east, and nervously rang the bell at 21-J, 300 East 33rd Street. In the fall of 1967, I had just finished my junior year at Syracuse University and I hoped to get a job working for Pete Turner when I graduated.

I had long hair, the Vietnam War was raging and the great magazines of the golden era of publishing were printing photo-essays by Ernst Haas, Eugene Smith, Irving Penn, Alfred Eisenstadt, Richard Avedon and Pete Turner. It was Turner who was about to open his door to me—and whose magical color images would have a profound influence on modern photography.

Last month I called Pete for the last time. A slightly tired voice filled with resolve quietly answered the phone. We began talking—about the weather, about life, about photography, about his health and mine. Then he said something that stopped me hard and caught me off guard. He told me he really liked the recent photographs of storms I had been making. I struggled to get back to our conversation. After I thanked him, I said what I wanted him to know: “I love you, Pete.” I repeated it, and then he simply said, “I love you, too.”

We talked for a few more minutes. Before we hung up he said, “I love when you call, I love hearing from you,” but we both knew this would be the last call. After we hung up, I sat in my office chair, paralyzed with grief, trying to hold onto a moment in time, a memory of the good days we shared together.

If there is one day I remember above all the others, it would be February 9, 1969—a Sunday. While assisting Pete, I was sharing an apartment with a friend, just below Houston Street in Manhattan. Shortly after I woke up on that frigid morning, my friend walked into my room and handed me the phone, saying, “It’s for you.” I looked out the window and saw the howling winds of a northeaster, as horizontal sheets of snow flew by. It would later be recorded as one of the worst snowstorms in New York City’s history. I turned on the TV and absentmindedly watched Mayor John V. Lindsay.

The call was from Pete and he got right to the point. “Hey buddy, how are you? Listen, the microswitch on my light box went dead last night. Do you have any idea where I could get one?” It was classic Pete Turner. As I told him I had no idea, I stared out at the snow shooting by the cold gray sky. We hung up and I sat in a sleepy daze for a few minutes before throwing on a heavy coat and heading out toward Houston Street.

I walked east. When I got as far as I could go, I crossed over to the north side and headed west. There were few hardware stores on Houston, and those I found were closed. It was, after all, a Sunday and no one was stupid enough to be braving the icy wind. When I got near the apartment I stopped, the pull of its warmth in my mind. But then I kept heading west to Eighth Avenue and headed north. A couple of hours later, at 44th Street, I found an open hardware store. By some miracle they had the switch.

I started laughing hysterically, and the store clerk looked at me as though I was just another crazy New Yorker. In my mind I was fixated on Pete’s face when the door opened. With my precious paper bag in hand, I started walking south and east across Manhattan to his apartment. The doorman was off. As I rode up unannounced and stepped off the elevator, I was aware that I was an icy cocoon of a snowman.

Yes, he was startled, and yes, I had my moment of fun. Reine Turner, his lovely French wife and muse, made me a cup of hot chocolate, and I headed home.

The truth is there were days when he was the hardest taskmaster I have ever had. We also had our moments of colliding anger. Yet he was a caring mentor, a brilliant sorcerer of color photography, a friend with whom you could reach a compromise as you both looked beyond your respective weaknesses.

In the following years, a coterie of Turner’s assistants formed a bond that carried from generation to generation, as we mingled with models and the madmen of Madison Avenue. We were growing up—and watching our mentor erase the boundary between art and commerce.

Reine and Pete were family to those who worked at the Carnegie Hall studio. He gave us a heavy dose of responsibility. And when he left the studio at night, the jazz records would come off the turntable and Bob Dylan, the Beatles or Creedence would howl through the halls as we made sure all was in order, that everything was ready for his next attempt to break through a photographic wall.

“Don’t ever say you work for me!” Those words ring in my ears. “If someone asks you, tell them you work with me!” It was always equal footing. That bought him a fierce loyalty and went a long way toward making careers and lifetimes of dreaming about far-off places.

My circumnavigation of Lower Manhattan that cold Sunday in 1969 was simply basic training. It was a self-imposed walk on the wild side. I was getting a feel for the landscape, the ascetic terrain that would be my life for the next eighteen months. When I left, I felt lost and only wanted one thing—to sleep. I was on my own. And if nothing else I had learned an important lesson: twelve miles is not too far to walk for a glimpse of infinity.

After studying photography at the Newhouse School of Journalism at Syracuse University, Eric Meola moved to New York City in 1969 to work with Pete Turner as his studio manager. Since then, Meola has won numerous awards. They include the 1986 Advertising Photographer of the Year from the American Society of Media Photographers. He is now working on Fierce Beauty, a book about his most recent passion, storm chasing. It is due to be published in 2019.