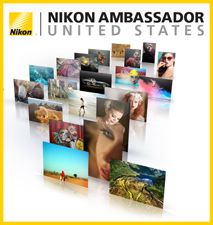 Melville, NY—Nikon Inc. announced two photojournalists have become part of its Ambassador program. The program is a collective initiative dedicated to recognizing the most influential leaders in modern photography. The new additions are conflict photographer as well as human rights advocate Lynsey Addario and underwater/marine photographer Brian Skerry.

“These two talented photographers embody the spirit of the Ambassador program; their amazing images as well as their passion for their craft is an inspiration to us all,” said Mike Corrado, NPS manager, pro relations and product marketing, Nikon Inc. “Lynsey and Brian continue to push the limits in their respective field and act as influential leaders and advocates for issues of great importance.”

The addition of these accomplished photographers expands the styles and also photographic disciplines represented in the program. Already considered mentors, they exemplify the founding ideology of Nikon’s Ambassador program. And that is to empower photographers through education and inspiration, and to work directly with Nikon to communicate the needs of an evolving photo industry.

Addario is well known for her striking images of global conflicts that depict the humanity of her subjects and expose the true cost of war. In addition to being a human rights advocate and author, she has been the recipient of many prestigious awards. These include the Pulitzer Prize in International Reporting and the MacArthur Genius Grant.

She was also named one of the top five most influential photographers of the last 25 years by American Photo magazine. Addario recently published her memoir, It’s What I Do. The book chronicles her life, balancing the struggles of the toll of conflict and its effect on her own ambitions. Her work can be seen in the New York Times, National Geographic and Time magazine.

Skerry’s images creatively bring attention to the diversity and beauty that exists underwater. They also elevate awareness to issues that threaten these delicate ecosystems. He is known as one of the world’s premier photographers of underwater environments and marine life. His work can be seen in National Geographic among other publications.

Skerry has authored five books and won multiple awards for his work. Furthermore, in June 2014, he was one of five photographers named a National Geographic Photography Fellow. An advocate for marine conservation, Skerry frequently speaks to various institutions as well as on broadcast news programs about the issues facing our oceans.