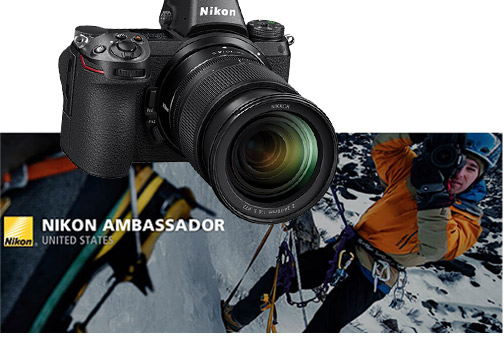 Melville, NY—Nikon bolstered the Nikon Ambassador program with the addition of world-class photographer, adventurer and alpinist Cory Richards. A talented visual storyteller as well as a National Geographic photography fellow, Richards built his career around pushing the boundaries of human creativity and physical achievement.

Richards embarked on an historic endeavor, attempting to blaze a new line up the unforgiving vertical landscape of Mount Everest. In addition, he will work with Nikon to chronicle the epic ascent. To document this journey, Richards selected compact Nikon Z full-frame mirrorless cameras, the Z 6 and Z 7. He will leverage their video functionality, image quality as well as optical innovations and image-processing technologies.

Based in Boulder, Colorado, Richards is one of the most sought-after adventure and climbing photographers in the world. He has taken his cameras to the extremes of the Earth, from the Okavango Delta of Botswana to the punishing peaks of Antarctica. Now, he joins Nikon’s elite group of industry professionals, lending his expertise and experience to Nikon at a pivotal moment in the brand’s history.

“Nikon Ambassadors are the most passionate and talented storytellers in the world. We are thrilled to add Cory Richards to this esteemed roster,” said Jay Vannatter, executive vice president, Nikon Inc. “His penchant for creating images and enduring extreme environments exemplifies why he chose the Nikon Z mirrorless camera system to accompany him; as he needs the most reliable and capable cameras and lenses in the world.”

The entire expedition will be captured on the latest Nikon cameras and lenses. The Nikon Z 7, Z 6 and Nikkor Z lenses will form the backbone of their kits. The gear will include the Nikkor Z 14–30mm f/4 S as well as the Nikkor Z 50mm f/1.8 S. In addition, they will use the Coolpix P1000 P&S with its telescopic 24–3000mm-equivalent, 125x zoom lens to visualize and plot the route from basecamp.

Richards and Ladzinski will also have a variety of Nikkor F-mount lenses. They consist of the AF-S Nikkor 70–200mm f/2.8E FL ED VR and AF-S Nikkor 16–35mm f/4G ED VR. The photographers will employ them seamlessly without the loss of sharpness or rendering power alongside the Z 7 and Z 6. This is thanks to the Mount Adapter FTZ.

“When you are at 8,000 meters, you have to have faith in your team, yourself as well as your gear. This is why we chose to work with Nikon. We need cameras that can withstand challenging conditions and deliver stunning content,” commented Richards. “It doesn’t matter if I can’t feel my fingers. Or what it feels like to be climbing at 26,500 feet without oxygen. What matters is that I can share that experience through my lens, and somebody else can feel that by viewing our videos and images.” 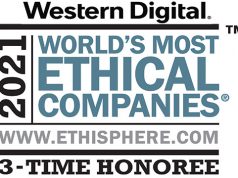