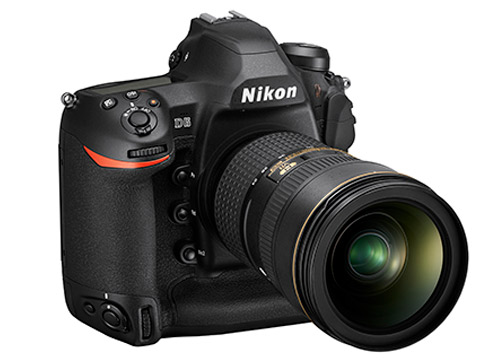 Melville, NY—Nikon Inc. announced the retail availability of the new flagship Nikon D6 DSLR, which was unveiled in February. In the U.S., the D6 will hit retail shelves starting on Thursday, May 21. Moreover, it will have a suggested retail price of $6,499.95 for the body-only configuration.

Whether on an assignment or in the studio, the D6 DSLR is built to deliver. The FX-format (full-frame) camera offers professionals an enhanced workflow; the most powerful autofocus (AF) system in Nikon’s history; and augmented low-light performance.

The D6 addresses the needs of professionals and press agencies; it is faster and more powerful than any previous Nikon DSLR. Nikon’s goal was to deliver crucial improvements to the modern workflow while also accelerating file transfer capabilities. In addition to improved low-light performance, it provides advanced 4K UHD multimedia capabilities and a mechanical shutter frame rate boosted to 14 frames per sec.

“The D6 is purpose-built and inspired by the valuable feedback of professional users,” said Jay Vannatter, executive vice president, Nikon Inc. “The world relies on photojournalists and professionals to document every corner of the globe through impactful images; Nikon cameras are trusted to stand up to any job and help photographers capture the shot, time and time again.”

To maximize hit rate, the D6 uses a newly developed, densely packed 105-point AF system. All of the focus points utilize cross-type sensors and all points are selectable. Through the new focus point layout and the use of a triple-sensor arrangement for each focus point, the D6 achieves AF coverage that is 1.6x denser than that of the D5. The D6 also boasts an expanded focus detection range that increases the detection area for single-point AF and dynamic-area AF. Subsequently, it is easier to achieve focus on a subject even when slightly outside the focus point.

Furthermore, improving upon Nikon’s group AF mode, this function now supports 17 custom arrangements. Users can choose them according to the scene or subject movement. The D6 also demonstrates superior low-light AF performance over its predecessor. The center focus point works down to -4.5 EV (ISO 100) and the others to -4 EV. Consequently, autofocus is possible even in dark situations or with low-contrast subjects.

At its core is a 20.8-megapixel FX-format CMOS sensor. It can create detailed images with true colors and enhanced dynamic range. The camera’s ISO range from 100 to 102,400 is expandable up to 3.2 million!

Furthermore, the D6 is the most customizable Nikon DSLR yet. Users can recall shooting functions to create combinations of settings that they assign to a specific button. All told, it has 14 customizable buttons, assignable to any of 46 unique function choices. There is also a new, intuitive menu system.

Nikon also upgraded the D6’s connectivity capability. It supports the same 1000BASE-T Ethernet standard as the D5, but with a 15% increase in transmission speed. The camera also supports a number of options for wireless networking: built-in 2.4- and 5GHz Wi-Fi; or traditional wireless transfer using the optional WT-6 wireless transmitter. It also has a USB Type-C connector for faster direct-to-PC file transfer rates than the D5.

Moreover, priority image transfer moves an important image to the front of the queue when speed is of paramount priority. Photographers can do this by swiping the 3.2-inch, 2.36M-dot touch LCD during playback.

In addition, the camera’s JPEG functions allow for the simultaneous recording of two JPEG images with different image size and quality settings. This feature is convenient for separating images that will be transmitted from those that will be edited.

Other features include: an eye-level pentaprism single-lens reflex viewfinder; security lock compatibility for connecting anti-theft cables for remote applications or when the camera is unattended; integrated GPS for time, date and location information; and dual CFexpress card slots for blazing fast read/write times with the ability to overflow, copy or separate file types.