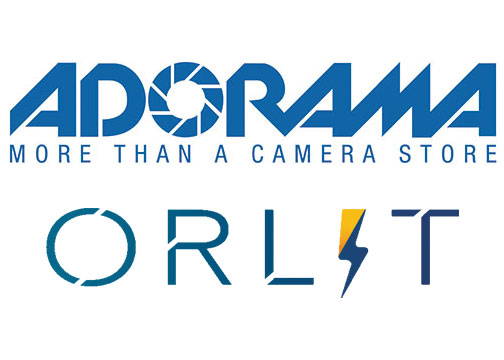 New York, NY—Adorama, one of the largest photography, video, audio, imaging and electronics retailers, will be hosting professional photographers and showcasing new Orlit lighting products at booth #105 during the 2017 WPPI. The Wedding & Portrait Photographers International Conference & Expo will be held February 7–9, 2017 at a new, larger location, the Las Vegas Convention Center.

Additionally, attendees who have their badges scanned at the Adorama booth will be entered for a chance to win a Canon EOS-5D Mark IV digital SLR camera with 24–70mm f/4L IS lens kit.

Adorama will be welcoming special guest photographers to the booth to share their expertise on trends in the photography industry. Featured topics will include:

Adorama’s resident photography expert Daniel Norton will also be joining the guest presenters. He will share his thoughts on a number of topics. These will include the following.

Adorama will additionally be showcasing new products from Orlit, a brand-new line of professional TTL flash solutions for photographers.

Available exclusively at Adorama, the line consists of the Orlit Rovelight RT 610 TTL wireless monolight, the first monolight to ship with the Canon RT radio system built in; and also the Orlit RT-600C TTL speedlight for Canon, which supports the Canon 600EX-RT wireless radio system.

The transceivers are designed to enable shooters to achieve a more extensive as well as powerful lighting solution with wireless control for Orlit Canon and Nikon systems. adorama.com