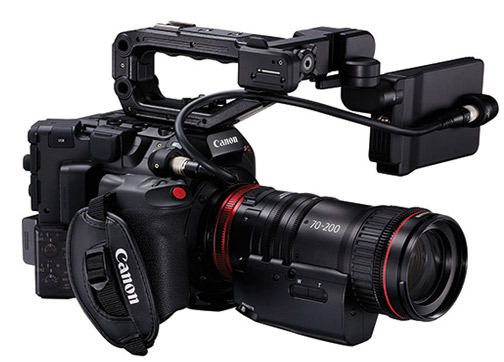 Moreover, like the full-frame EOS C500 Mark II digital cinema camera, it employs a modular design. In addition, an interchangeable-lens mount optional accessory enables users to customize the camera according to the needs of each project. As a result, it is a solution for a range of video content production.

“Creativity should never be hampered by a lack of choice. Canon understands that, which is why we continue to expand and build upon our award-winning lineup of Cinema EOS cameras,” said Tatsuro “Tony” Kano, executive vice president of the Canon USA, Inc. Imaging Technologies and Communications Group.

“The EOS C300 Mark III is the latest finely engineered cinema camera from Canon that will seamlessly integrate into a creator’s toolbox; providing users with an imaging solution that delivers a myriad of possibilities as well as potential. We look forward to seeing the visionary content created with the EOS C300 Mark III camera.”

The newly developed 4K Super 35mm DGO imaging system generates high dynamic range. It does so while also maintaining low noise levels by reading out each photodiode with two different gains. One gain prioritizes saturation in highlight areas; the other suppresses noise in the shadows. “The result is an image with up to 16+ stops of dynamic range, clean rich shadows and vibrant highlights in up to 4K/60p,” added Kano.

Furthermore, in 2K recording mode, the camera features recording speeds up to 180p. With Canon’s latest video imaging processor, the Digic DV 7, the camera also achieves more fluid and efficient recording of 4K and HDR. It can also process high-speed video recording, such as 4K at up to 120p.

The new camera also utilizes Cinema RAW Light; this is a useful tool for cutting the data size of a file to about one-third to one-fifth of a similar Cinema RAW file—without losing grading flexibility. What’s more, in addition to recording 4K and 2K RAW data internally without using an external recorder, the camera supports XF-AVC (with a choice of Intra or LongGOP).

The new camera is also modular and customizable, like the EOS C500 Mark II. Furthermore, included with the camera are 13 accessories; they include a 4.3-inch LCD monitor as well as the GR-V1 grip. Users can also choose from a range of additional optional accessories that allow them to configure the camera to their preferences.

The new cinema camera records 4K DCI or UHD video at up to 120 frames per sec and 2K/HD up to 180 fps—with 4:2:2 10-bit XF-AVC recording. It also incorporates two CFexpress media card slots.