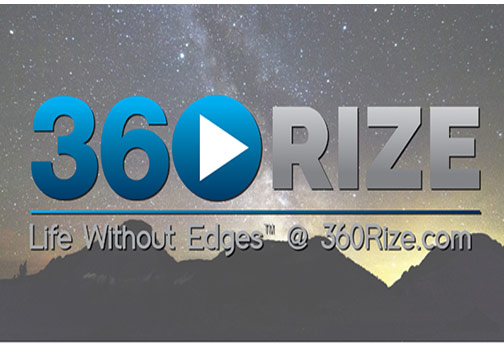 Upper Saddle River, NJ—Manfrotto Distribution US announced it has added 360Rize’s product line to its inventory of professional video and photo products. It will serve as a reselling resource for dealers in the U.S. 360Rize specializes in virtual reality (VR), 360º video technology, offering a line of patented 360 Plug-N-Play products.

“VR and 360 shooting is one of the most exciting new channels in imaging. We are thrilled to be representing 360Rize as their U.S. distributor. Their products are of the highest quality and help define the category. So, in that sense, they are very much like the Manfrotto brand. That is why they are the perfect partner for us,” said Adam Mirabella, president of Manfrotto Distribution US.

360Rize’s hardware products serve as 360º video arrays for multiple cameras. They allow content creators to film 360º videos at resolutions as high as 12,000×6,000 pixels. This includes 2D as well as 3D stereoscopic VR camera mounts and 360º camera systems. Furthermore, content filmed with these products can be viewed in large projection domes and on Macs, PCs and 360 media players. In addition, content can be viewed with Oculus Rift, Samsung Gear VR, Google Cardboard and other virtual reality HMDs (head-mounted displays).

“This is a very exciting step for 360Rize. When it comes to camera and production equipment distribution, Manfrotto Distribution US is one of the most respected names in the industry, and we’re thrilled to be working with them to help make 360º video technology widely available,” said Michael Kintner, 360Rize’s CEO and founder.

This news follows the announcement that 360Rize was awarded a patent and multiple provisional patents for its virtual reality, 360º video technology. The systems repurpose small action camera’s like GoPro and YI Technology, as well as micro-cinematic cameras like Blackmagic Designs and ZCam’s, into the patented 360 Plug-N-Play camera arrays for creating high-resolution, spherical 360º video. The patent covers the multi-camera-holding assemblies that its original 360Heros company brought to the market back in 2012.

Manfrotto designs, produces as well as distributes professional products for photography, video and entertainment. The company was founded in 1972 based on Lino Manfrotto’s experience. Its mission has always been to support and simplify the work of reporters, photographers and producers.

The company as been part of the UK-based Vitec Group since 1989. Manfrotto operates its nine key markets: Italy, France, Germany, the United Kingdom, China, Japan, Hong Kong, the United States and the Netherlands. In those markets, it is represented by its own direct distribution system, Manfrotto Distribution. Furthermore, in 80 other countries, sales are handled by independent distributors.

Through the Imaging Division of Vitec Group, Manfrotto Distribution owns four international brands. They are Manfrotto, Gitzo, Lastolite by Manfrotto and Avenger. In addition, it is the U.S. distributor of Bowens, Gossen, Metz, National Geographic and now 360Rize. manfrotto.us