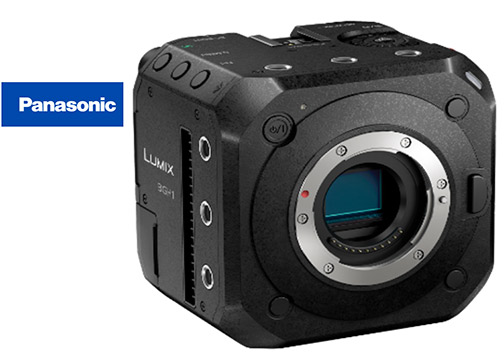 Moreover, the camera integrates technologies Panasonic has acquired though the development of professional cinema cameras, camcorders and the Lumix GH series. Against a background of increasing streaming opportunities, in addition to traditional broadcasting, Panasonic markets the BGH1 as an easy-to-install camera with high expandability, allowing multi-camera control. Consequently, it is a solution for various applications, from shooting on drones to IP remote control and livestreaming.

The BGH1 ILC integrates a 10.2-megapixel Live MOS sensor with Dual Native ISO technology and a Venus engine. Dual Native ISO is a technology that bridges two circuits of separate native ISO; moreover, it is used in Panasonic Varicam models for professionals. Normally, noise increases as sensitivity rises with a single native ISO image sensor. However, the image sensor with Dual Native ISO minimizes noise generation by choosing an optimal circuit to use according to the sensitivity before gain processing. As a result, it allows a maximum ISO 51,200 recording.

The BGH1 also incorporates deep learning technology that detects specific subjects like humans and fast-moving animals, including dogs, cats and birds. Notably for humans, in addition to the eye, face and body, the head is separately recognized by real-time detection for more precise focusing. The camera keeps tracking the subjects even if they move quickly, turn their back to the camera or move far away from the camera.

The Lumix BGH1 is a compact, lightweight box-style camera. Its body is composed of aluminum and magnesium alloy. In addition, it boasts a new heat dispersion structure to achieve unlimited video recording. It also offers Power over Ethernet+ (PoE+); this simplifies installations by providing power, signal and control over the ethernet.

Users can also use the included ethernet port or the USB 3.1 Type-C, 3G-SDI and HDMI Type-A terminals for simultaneous output. Also notable are Genlock-in and timecode in/out functions. They simplify multi-angle synchronized video recording. They also integrate into a scalable system with external monitors, rigs and gimbals supplied from other manufacturers.

The Panasonic Lumix BGH1 will be available in December. It will retail for $1,999.99. Bundled accessories will include a cable lock band, AC adapter and AC cable.